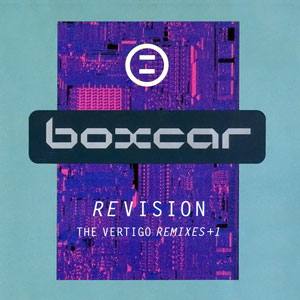 "Revision" was a by n electronic-synthpop group Boxcar released by in Australia (voltcd46) largely featuring es from the group's debut "Vertigo", with the sole exception of the new track "Ultrasonic".