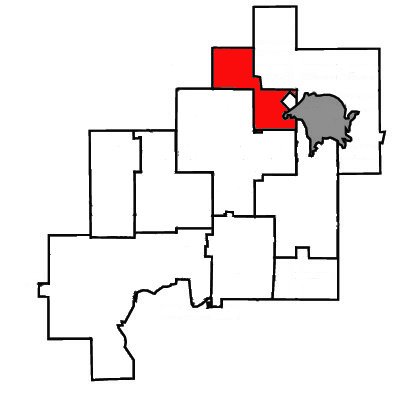 mapsize =
map_caption = Location of Capreol within .

Capreol is a community in the city of . From 1918 to 2000, Capreol existed as an independent town, situated on the Vermilion River. On , , the towns and cities of the Regional Municipality were amalgamated into the single-tier city of Greater Sudbury.

In 1996, the last Canadian census before the municipal amalgamation, Capreol had a population of 3,817.

Capreol was a major depot on the line, and was named for , the original promoter of the . The first family to move into Capreol was Adolph and Margaret Sawyer, both of whom pioneered in farming.

Although the town was originally an independent community with its own thriving economy, it gradually became a satellite community to the more rapidly growing city of Sudbury, approximately 40 s to the south. In 1916, there were thirty families in town, and by 1919, sixty houses had been built. It was then decided that Capreol would build its own . In 1920, the construction of the YMCA was in progress, but was damaged by fire, to the extent of $40,000.00. The YMCA was rebuilt at double the cost and finally opened in 1921.

In 1973, the boundaries of the town of Capreol were expanded to include the nearby villages of Sellwood and Milnet, and the town was incorporated into the . However, despite its status as part of the Regional Municipality, did "not" include the town in Sudbury's for census purposes.

The town is part of Ward 7 on , and is represented by councillor Russ Thompson. In recent years, Capreol citizens have voiced their concerns that the city government does not adequately serve the community's needs. For example, they cite lack of a police presence and increasing vandalism as areas that Sudbury needs to improve on.

Capreol is the location of the .

The former villages of Milnet and Sellwood, located within the area annexed by Capreol in 1973, are both now s.

Milnet (originally named Sellwood Junction up to 1916) began as a stop along the . In 1917, after the railway was laid down, the Marshay Lumber Company built a mill and began a 22-year process of cutting trees from the area. Men from logging camps upstream would let the Vermilion River carry the logs to the mill in Milnet. From there the men at the mill would cut the wood on the blade and then move it along to the planar mill.

An now stands where the Sellwood townsite once was.