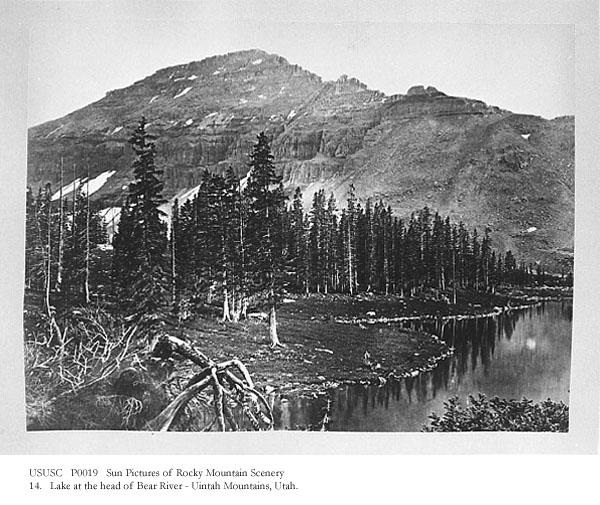 state = Nevada
state1 = Idaho
state2 = Wyoming
region_type = County
district =
parent =
tributary_left =
tributary_right =
source =
source_location = Uinta Mountains
source_region = Summit County
source_state = Utah
source_elevation_imperial = 4203
source_elevation_note = The Bear River is a , approximately convert|350|mi|km long, in southwestern , southeastern , and northern , in the . The largest tributary of the , it drains a mountainous area and farming valleys east of the lake and southwest of the .

The course of the river essentially makes a large inverted U around the north end of the . It rises in northeastern Utah in several short forks on the north side of the high in southern Summit County. It flows north, cutting across the southwest corner of Wyoming past Evanston then weaving along the Utah-Wyoming state line as it flows north. It turns northwest into and flows through the , past Montpelier where it receives the short that drains Bear Lake, which straddles the Idaho-Utah border. At Soda Springs, at the north end of the Wasatch Range, the Bear River turns abruptly south, flowing past Preston in the broad that extends north from . It re-enters northern Utah, ing south past Cornish and Newton. It is impounded to form the , where it receives the from the south. From the west end of Cutler Reservoir it flows south through the past Bear River City. It receives the Malad River from the north just before emptying into the mud flats of a broad bay on the east side of the Great Salt Lake, approximately convert|10|mi|km southwest of Brigham City.

Bear River is believed to have once been a tributary of the Snake River. It is thought however, that lava flows near Pocatello, Idaho diverted it into what was then Lake Bonneville.Fact|date=September 2008

The river is used extensively for in the farming valleys through which it flows in its lower reaches Idaho and northern Utah.

The lower convert|10|mi|km of the river near its delta on the Great Salt Lake are protected as part of .

In the early 19th century the river valley was inhabited by the people. Fur trappers from the began to penetrate the area, exploring south from the as early as 1812. The Cache Valley was early destination for Mormon pioneers in the late 1840s. On , troops of the attacked a Shoshone winter village in the Cache Valley, slaughtering many of its inhabitants. The incident has come to be known as the .