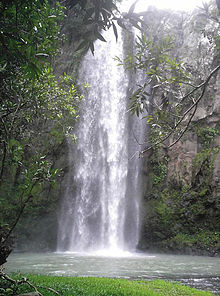 Morazán is a department of El Salvador. Located in the northeast part of the country, its capital is San Francisco Gotera. It covers a total surface area of 1,447 km² and has a population of more than 200,000.

Morazán was a major stronghold of the guerrilla movement during the 1979-1992 civil war. The infamous El Mozote massacre took place in this department in the village of El Mozote on December 11, 1981, when Salvadoran armed forces killed an estimated 900 civilians in an anti-guerrilla campaign. Originally dismissed by the Salvadoran and United States governments as an invention of anti-government propaganda, the massacre was confirmed in the early 1990s through exhumation of bodies buried at the site. A museum commemorating the Salvadoran civil war, the Museum of the Revolution, was established in the municipality of Perquín.

Among the agricultural products that stand out are the basic grains, sugar cane, henequen, grass, orchard plants, bananas, cocoa, and coffee. The upbringing of bovine, horses, sheep, and asinine livestock exists. 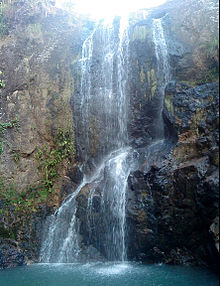 The Sapo River is an ecotourism destination whose turquoise-colored waters have their source in the heights of the north of Morazán. The Sapo River is reached by the highway that drives from Joateca to Arambala. 1 km. after the bridge there is a deviation with access to housing operated by Prodetur.

Located at 48 kilometers from San Francisco Gotera, is the village of Corinto and a kilometer and a half to the northeast is located the "La Gruta del Espíritu Santo" (The Holy Spirit Grotto). The grotto's walls of talpetate contain a series of petroglyphs.

The village of Perquín was founded by Lenca tribes before European settlement. It is located at 29 kilometers to the north of San Francisco Gotera. It is the site of El Salvador's Museum of The Revolution. It is also the site of the Deadman's Plain, the Bailadero del Diablo, La Cascada del Perol.