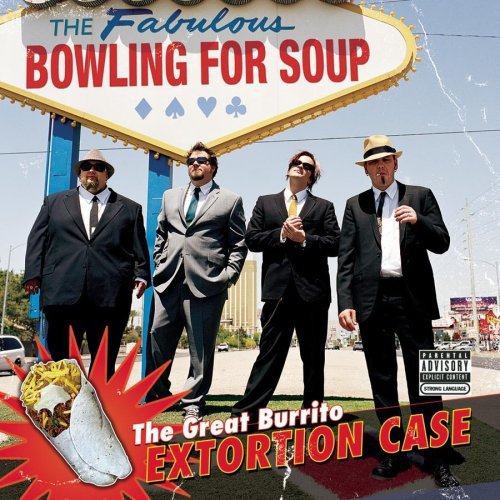 "The Great Burrito Extortion Case" is 's seventh studio album released on through . It is their ninth album in total. It was originally set to be titled "All My Rowdy Friends Are Still Intoxicated" or "We're Not Fat, We Just Have Small Heads". This album's first single to be released is "", which is available on . It got an Honorable Mention at Ultimate-Guitar's top ten albums of 2006. The sticker found on the reads: "The Happiest Band Ever presents The Great Burrito Extortion Case featuring the hit singles "High School Never Ends" and "When We Die." The final song, "If You Come Back to Me/Outro" contains two things: one, the song "If You Come Back to Me," followed by two minutes of silence, soon followed by about 13 minutes of the "la la la's" from "I'm Gay" in the background, with audio of the bandmates talking.

The album's title originated from the news ticker on the bottom of a TV screen that the group saw when in a hotel bar. The headline said "Burrito Extortion Case," which intrigued the band members. [http://music.ign.com/articles/753/753022p1.html]

According to the band on their official website "there are at least 12 verses' worth of total joy for every sort-of-sad chorus about an ex-girlfriend on this record."