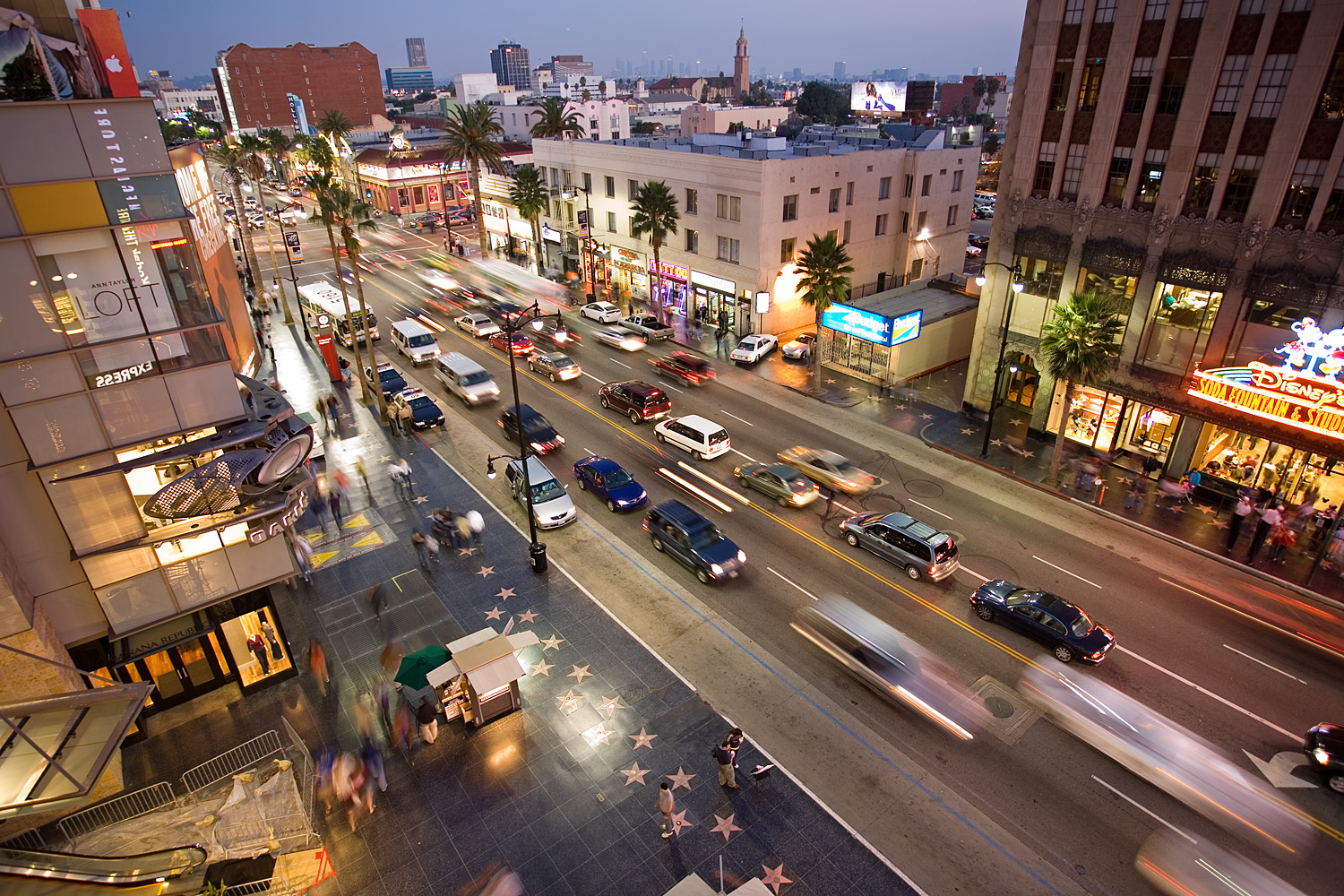 Hollywood Boulevard is a boulevard in , , beginning at in the east and running northwest to , where it straightens out and runs due west to . West of Laurel Canyon it continues as a small residential street in the hills, finally ending at Sunset Plaza Drive. On the east side of Hollywood Boulevard it passes through the neighborhoods of Little Armenia and Thai Town.

The famous street was named from 1887 to 1910, when the town of was annexed to the city of Los Angeles. After annexation, the street numbers changed from 100 Prospect Avenue, at Vermont Avenue, to 6400 Hollywood Boulevard. In 1946 rode his horse in the Hollywood Christmas parade and was inspired by the children yelling "Here comes Santa Claus, Here comes Santa Claus," to write the song "" along with . Then, the boulevard was nicknamed "Santa Clause Lane".

In 1958, the , which runs from Gower Street to La Brea Avenue, was created. The first star was placed in 1960 as a tribute to artists working in the entertainment industry. The walk of Fame recognizes celebrities and icons such as , , , and many more. (The walk was later extended onto .)

The Hollywood extension of the Metro Red Line subway was opened in June 1999 . Running from Downtown to the Valley, it has stops on Hollywood Boulevard at Western Avenue, at Vine Street and at Highland Avenue. 217 and 780 serve most of Hollywood Boulevard. An anti-cruising ordinance prohibits driving on part of the boulevard more than twice in four hours.

In the past several years alone, more than $2 billion has been spent on projects in the neighborhood, including mixed-use retail and apartment complexes and new schools and museums. This Hollywood renaissance represents a potential future for much more of Los Angeles, a sprawling, horizontal city where vertical, dense and mostly walkable neighborhoods with public transportation are increasingly in vogue. [http://www.iht.com/articles/2007/01/26/news/hollywood.php] In February 2006, it was announced that the clothier is opening a location just across the street from , and in May 2007, it was announced that the Spanish retail chain Zara will be opening nearby the new scheduled to open in 2009. [ [http://www.hollywoodandhighland.com/press_releases_info.php?release=17 Hollywood & Highland Center - Press Releases ] ]