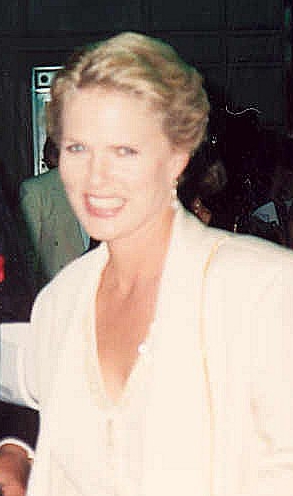 A fifth-generation Californian, Gless was born in , the daughter of Marjorie (née McCarthy) and a father who worked as a sales executive in the garment trade. [ [http://www.filmreference.com/film/2/Sharon-Gless.html Sharon Gless Biography (1943-) ] ] She worked as a secretary for the advertising agencies Grey Advertising and , and then for the independent production companies Sassafras Films and General Film Corporation. After deciding to switch to acting, Gless took classes and in 1974 signed a 10-year contract with . She has described herself as the "last of the studio contract players — a salaried, Old Hollywood apprentice system which Universal was the last to employ". Gless went on to appear in numerous television series and , such as "", and the CBS / series "Switch" (1975-1978), where she played the young classy secretary, Maggie Philbin, opposite and . Sharon also worked early on in a secretary roll for the TV show Marcus Welby MD.

From her starring role in "Faraday & Company" in 1973, Sharon Gless has brought her own brand of humor, intelligence and dramatic flair to each of her roles. She is best known for her portrayal of New York Police Detective Christine Cagney on the hit series "Cagney & Lacey" a role that garnered her two Emmys®, a Golden Globe™, and six Emmy® nominations. Following "Cagney & Lacey," Gless re-teamed with the show's executive producer, Barney Rosenzweig, on "The Trials of Rosie O'Neill" for which she was awarded her second Golden Globe™ and two more Emmy® nominations. Gless married Rosenzweig in 1991.

In 1994 and 1995, Gless and her television partner, Tyne Daly, joined together to recreate their title roles in a quartet of critically acclaimed and popular "Cagney & Lacey" television movies which they fondly call "The Menopause Years". Other television series in which she starred include "Switch," "House Calls," and the short-lived, but critically lauded Steven Bochco half-hour, "Turnabout." Gless has received much acclaim for dramatic roles in such television movies as "Separated By Murder," "Hard Hat and Legs," "Honor Thy Mother," "Hobson's Choice," "Letting Go," among others, as well as the mini-series, "The Immigrants," "The Last Convertible," "Centennial," and Garson Kanin's "Moviola: The Scarlett O'Hara Wars, in which she played Carole Lombard.

Gless' theatrical film credits include a featured role in the suspenseful and thought-provoking film, "The Star Chamber," which starred Michael Douglas. She has recorded several 'Books on Tape' and starred in numerous radio plays, one of which, "'Night, Mother," for the BBC, garnered her the International Sony Award. She has starred twice on stage in London's famed "West End," the first time in 1993 with Bill Paterson, where she created the role of Annie Wilkes in Stephen King's "Misery" at the Criterion Theater, and four years later, opposite Tom Conti, in Neil Simon's "Chapter 2," at the Gielgud Theater.

She recently starred at Chicago's Tony Award-winning playhouse, The Victory Gardens Theater, in Claudia Allen's "Cahoots," as well as several stints, including an evening at Madison Square Garden with the National Company of Eve Ensler's "". Gless made her stage debut in Lillian Hellman's "Watch on the Rhine" at Stage West in Springfield, Mass.

Beginning with the series' seventh episode Gless replaced actress in the role of police detective Christine Cagney on "Cagney & Lacey". In 1991 she married the series' executive producer who during their courtship had been married to fellow executive producer and co-creator . Rosenzweig created the 1990-1992 CBS drama series "" for Gless and uncredited played the only partially seen to whom attorney O'Neill confided at the beginning of each episode. Gless, who had garnered five Emmy nominations - including two wins and a win for her role as Cagney - earned two additional Emmy nominations for this subsequent series.

In 1998, Gless narrated a documentary about , "A Sense of Life" (by filmmaker Michael Paxton). It received an nomination for Best Documentary Feature. Between 2000 and 2005, Gless appeared as 's supportive and somewhat overbearing mother, , in the acclaimed series "Queer as Folk".

Gless has extensive stage experience including two appearances in 's West End, first in 1993 with , when she created the role of Annie Wilkes in the stage version of 's at the Criterion Theatre, and then in 1996, where she appeared opposite in 's , at the .