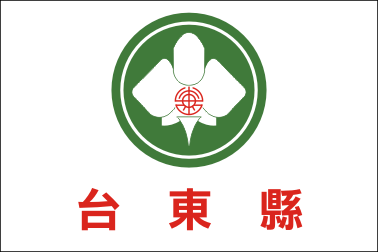 Taitung County is a county in eastern . The name means "Eastern Taiwan". Taitung is officially administered as a county of , .

Due in part to its remote location and isolation by mountains from Taiwan's main population centers, Taitung was the last part of the island to be colonized by immigrants (late 19th century). Throughout the 20th century Taitung remained an economic backwater. Sparsely populated even today, this isolation may have been a blessing in disguise, as Taitung mostly escaped the and that have come to plague much of the island's lowland areas.

In addition to the area on Taiwan proper, the county includes two major islands, and . Green Island was home to an infamous penal colony used for s during the "" period of Chinese Nationalist (KMT) rule (from 1947 until the end of in 1987). Orchid Island, home of the ( closely related to the people of the northern ), has become a major tourist attraction despite the government-operated Taiwan Power Company's controversial use of part of the island as a nuclear waste dump.