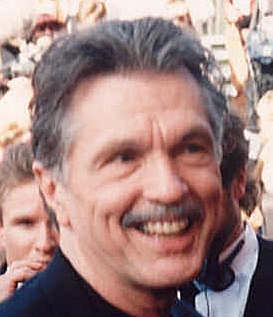 Thomas Roy "Tom" Skerritt [ [http://seattletimes.nwsource.com/html/movies/2003659411_pacificpskerritt15.html Movies | A Familiar Face | Seattle Times Newspaper ] ] (born , ) is an -winning American who has appeared in over 40 films and more than 200 television episodes since 1962.

He was the Rev. MacLean in "A River Runs Through It" (1992). He was in the movie "Poison Ivy" (1992) with and also played a sheriff in "The Dead Zone", a movie based on a novel. In television he was in an episode of "" as a cop whose wife was murdered. He also appeared as in the television sitcom "", played a judge on an episode of "", and starred in the television series "" (1992&ndash;1996) in the role of Sheriff Jimmy Brock, for which he won his Emmy. More recently, Skerritt has starred in "Homeland Security" and "The Grid" which is a Fox/BBC co-production. Both of these latter projects dealt with .

He also portrays the deceased William Walker on "Brothers & Sisters", having appeared in the pilot as well as in several flashbacks since. This is his second time playing the husband of , the first being his role in the film "". Recently, he has played the role of Ezekiel on 's Fallen miniseries. He appears as the guide on the showcase website for 's new called . He recently appeared on Adult Swim's "", where the duo sang a jingle for him."I want Tom Skerritt, I don't want Brad Garrett," they sang. He expressed disappointment as he said "You didn't do a good job".

Skerritt was born in , , the son of Helen, a homemaker, and Roy Skerritt, who worked in business. [ [http://www.filmreference.com/film/86/Tom-Skerritt.html Tom Skerritt Biography (1933-) ] ] [ [http://movies.yahoo.com/movie/contributor/1800015107/bio Tom Skerritt Biography - Yahoo! Movies ] ] A 1951 graduate of Detroit's Mackenzie High School, Skerritt attended and the . Since 1988, he has divided his domestic life between his home in suburban and a home on in the . Skerritt has four grown children (three sons and one daughter).