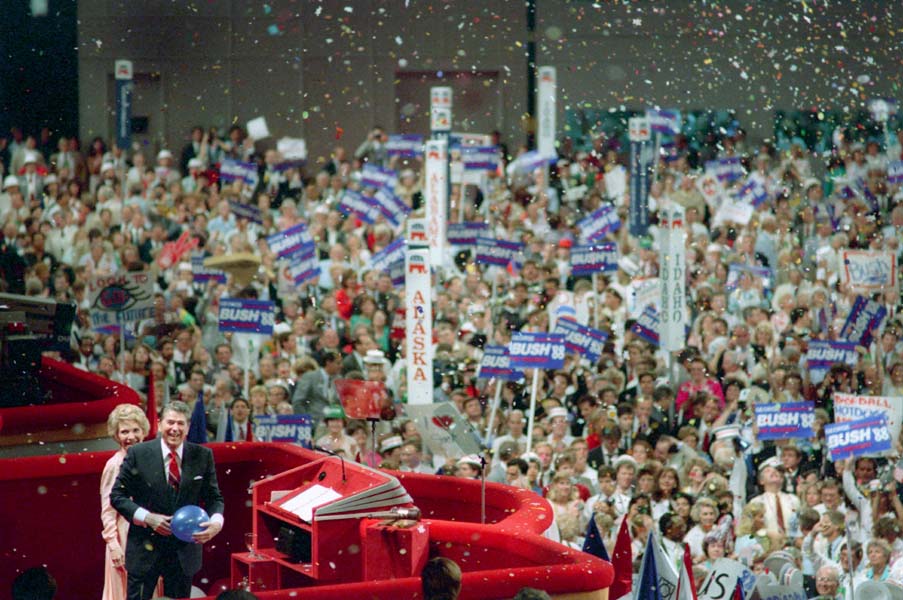 The 1988 National Convention of the Republican Party of the was held in the in New Orleans, from to , . It was the second time that a major party held its conclave in one of the five states known as the , coming on the heels of the , which was held in . Much of the impetus for holding the convention in the Superdome came from the Louisiana Republican National Committeewoman Virginia Martinez of New Orleans, who lobbied on behalf of her adopted home city as the convention site as a member of the RNC Executive Committee. [http://ftp.rootsweb.com/pub/usgenweb/la/orleans/obits/1/m-07.txt]

The convention nominated Vice President for President, as expected. The second spot on the ticket was not publicly known before the convention; Bush chose Fact|date=March 2008 James Danforth "Dan" Quayle, U.S. Senator of , as his vice-presidential running mate. The revelation of Quayle's selection as did not come until the second day of the convention, when News broke the story.

The convention featured speeches by , , and a keynote address by , then governor of .

The convention is perhaps best known for Bush's "thousand points of light" speech accepting the nomination. Written by , it included the "" pledge that was the most popular coming out of the convention. The successful speech gave him a "bounce" that he was able to capitalize on to win the 1988 presidential election.

President Ronald and were honored on . Reagan made a major speech on the opening night of the convention, as he would for the last time in .