Concepción is a department of Paraguay. The capital is the city of Concepción. 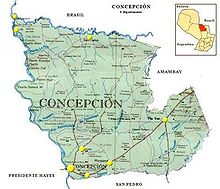 Throughout history, this department has suffered a great amount of poblational instability, especially in the times of the colony, due to the advance of the Brazilian “bandeirantes” through the east and the attacks of the Mbayá - Guaicurú natives of Chaco, which, by then, were the lords of that region.

During the later years of the colony, it was organized a great campaign to re-conquest the invaded territories with the intention of defending by populating the region and also with the important task of the Jesuit that founded the city of Belén, of creating a Mission with the Mbayá natives, in the year 1760.

During the governments of Francia and López, the populating process got stronger and the north area of Paraguay became a territory dedicated to cattle. Francia ordered the construction of the penal colony of Tevego in 1813 in the Concepción department.

Once the War Against The Triple Alliance was over, Concepción united with Amambay, constituting a great territory for forestall and yerba plantations.

In the Twentieth Century, Concepción was proclaimed to be the second most important city of the country and it became an active commercial center. Because of its bind with Matto Grosso it experienced important development during that time.

In the year 1906, with the first plan to arrange the national territory, it was proclaimed the first department. Its limits were established with the decree 426 of 1973, as we know them nowadays. 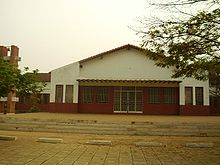 A church of Horqueta 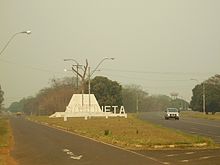 The department is divided in 8 districts:

The lands of this territory are of relatively elevation and even more close to the north and east frontiers, where they acquire the characteristic of true mountains. These are lands of calcareous origin, with a diversity of granite rocks and marble. The soil is very fertile. In the center and the north the land is a great territory for pasture, with woods and yerba fields.

In the south, the lands are high, with little pendants and woods.

To the north of the department, there is a succession of hills of low high; the elevations that are continuous form the Cordillera Quince Puntas, along with the mountain rage of San Luis from north to south. The hills: Valle-mi, Medina, Pyta, Naranjahai, Itaipú Guazú and Sarambí, destacate from others. 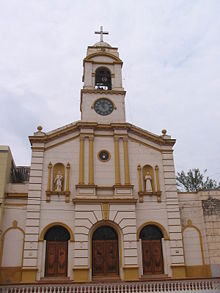 There is an important watch tower over the Paraguay River and the Vallemí area. 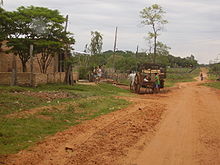 A cart in Yby Yaú

Concepción is set in the ecological region of Aquidabán, a part of region of Amambay and another part in the region of the Central Forest.

The deforestation is a big problem in this department because of the continuous advance of the human activity, creating a great shock to the natural resources of the region. One of the biggest problems is the uncontrolled hunting of animals in the area.

Most of the forestall species are in extinction danger, as do the animals too. The ones that are in more risk of disappearing of the area are: the puma, yaguareté, gua’a pytá (red parrot), gua’a hovy (blue parrot), tucán, tacua guazú, mbo’i jagua, jacaré overo and lobopé.

Some of the protected areas are: 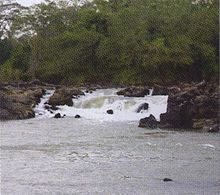 Rapids over the Apa river

The silviculture has diminished due to the massive deforestation in this region.

The breeding of animals is the third production of the country, surpassed only by Presidente Hayes and San Pedro’s. The mortality rates for bovine cattle are relatively low. In Concepción is found the largest land of natural pasturing of the Oriental Region. There are also, porcine, ovine and goat cattle in important percentage.

In Vallemí is the Cement National Industry, which has 150 lime extractor plants by the Paraguay River. And near the Apa River quarries of marble are exploit.

There are also other industries such as cold-storage plants, silos, mills and cotton gin industries. 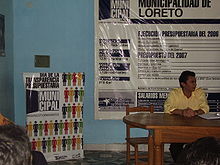 A municipal reunion in Loreto

The Paraguay River is the most important waterway, because is navigable most of the territory that coasts Concepción, almost 230 km.

The Bioceanic Route cross through the department. The Route 5 "Gral. Bernandino Caballero" communicates with Pedro Juan Caballero and connects with Route 3 “Gral. Elizardo Aquino”, that takes to Asunción.

Another access to the department is through Pozo Colorado, a military depot, which connects with Route 9 “Carlos Antonio Lopez”, also known as "Transchaco Route", in the Paraguayan Chaco.

There is 1.951 km of roads in the entire department; 720 km of them are paved and 146 km of pebbled roads, 362 interdepartmental roads cross it.

The Mcal. Francisco Solano López Airport is located in Concepción City and there are more airways in other districts, and also in the most important cattle establishments.

There is phone service with direct dialed in Concepción City, Horqueta and Yby Yaú; in Belén and Loreto the service is with dialing through an operator.

The ratio stations in AM are: Radio Concepción, Radio Vallemí, Yby Yaú and Guyra Campana. In FM are: Vallemí, Itá Porá, Aquidabán, Los Ángeles, Continental, Belén, Norte Comunicaciones, among others. There are also television stations.

There is 190 educational institutions for initial education. In a total of 393 primary schools, there are 39.692 students registered and in 63 high schools there are 9.636 students.

In the department are institutions that impart classes of Permanent, Special and Technical Education, as well as Docent Formation Institutes.

The department has 64 health institutions; hospitals and health care centers, distributed in the different districts throughout the entire department. This is, without counting the private establishments. 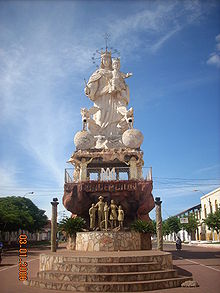 Entrance to the city of Concepción

In Concepción are many places of tourist appealing, which is an important source of income for the department. Once of them is the Tagatiya Stream, a place to do ecological tourism.

Old constructions can be found in Concepción City, capital of the department, these are an example of the historical past of this area. Also a locomotive that worked until 1960 and a truck used in the Chaco War.

Here was located Francisco Solano Lopez barracks, from which he led the troops of Gral. Resquín in a military campaign to Matto Grosso, during the War Against the Triple Alliance.

The Fort San Carlos, in the Apa, is an interesting place to visit. It was built in time of the Colony as a defense mechanism against the invasions of Brazilian Bandeirantes.

The Kurusu Isabel Oratory, a few kilometers away from Concepción, receives many visitants.

A cruise is offered to navigate through the Paraguay River, and all the rivers and streams in the department offer the possibility for practice of many aquatic sports, fishing, navigation and visits to the beaches.

The hills Paso Bravo and San Luis are very visited by tourists. Peña Hermosa Island is a hill of limestone situated in the Paraguay River.

The Primavera Country House, by the Aquidabán River, has beautiful beaches and lagoons, where people can go camping or ride horses, as well as do outings.

The Ña Blanca Country House, by the Tagatija Guazú, is the center attraction, a stream of crystal clear water, with small waterfalls, where tourists can go swimming and camping.

The JM Ranch has an ample beach by the river and is a nice place to enjoy camping and fishing.