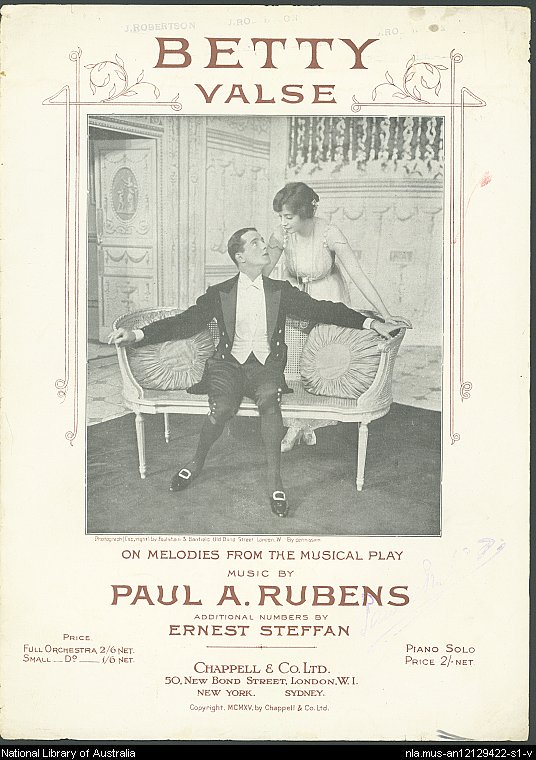 "Betty" is an English musical in three acts, with a book by and , music by Paul Rubens and , and lyrics by and Rubens. It was first produced at Prince's Theatre in Manchester, opening on , then at in London, managed by , opening on and running for 391 performances. It also played at the Globe Theater in New York, opening on . The show then enjoyed various tours and revivals. joined the cast in 1915 as Estelle.

Gerard, the Earl of Beverley, a philanderer, has pushed his father, The Duke of Crowborough, to the limit. The Duke storms into his son's home demanding that the younger man settle down with a wife and take on some responsibility. The young Earl, drunk and embarrassed in front of his friends, proposes to Betty, a kitchen maid, to spite his father. Gerard has no intention of following his father's wishes and makes plans to send Betty away and to continue with his profligate lifestyle. But the Duke is a step ahead of his son: He gives Gerard's allowance to his wife, Betty, so that Gerard must depend upon her. The charming Betty manages to become accepted by the society into which she has married and eventually charms her way into the heart of her wayward husband. He returns to her of his own accord and they find happiness.