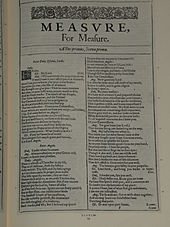 Facsimile of the title page of Measure for Measure from the First Folio, published in 1623

Measure for Measure is a play by William Shakespeare, believed to have been written in 1603 or 1604. It was (and continues to be) classified as comedy, but its mood defies those expectations. As a result and for a variety of reasons, some critics have labelled it as one of Shakespeare's problem plays. Originally published in the First Folio of 1623 (where it was first labelled as a comedy), the play's first recorded performance was in 1604. The play deals with the issues of mercy, justice, and truth and their relationship to pride and humility: "Some rise by sin, and some by virtue fall". 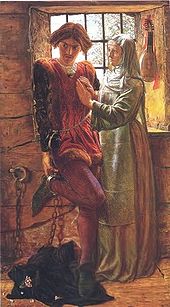 Vincentio, the Duke of Vienna, makes it known that he intends to leave the city on a diplomatic mission. He leaves the government in the hands of a strict judge, Angelo.

Claudio, a young nobleman, is betrothed/unofficially married to Juliet. At the time, marriages were supposed to be announced by banns in advance. Due to lack of money, Claudio and Juliet did not observe all the technicalities. This did not make them unique however; at the time most people (including the Church) would have considered them married. Technically, however, all the formalities for a civil marriage had not been followed and so a strict judge might rule that they were not legally married. Angelo, as the personification of the law, decides to enforce the ruling that fornication is punishable by death, and since he does not accept the validity of the marriage, Claudio is sentenced to be executed. Claudio's friend Lucio visits Claudio's sister Isabella, a novice nun, and asks her to intercede with Angelo on Claudio's behalf.

Isabella obtains an audience with Angelo, and pleads for mercy for Claudio. Over the course of two scenes between Angelo and Isabella, it becomes clear that he harbours lustful thoughts about her, and he eventually offers her a deal: Angelo will spare Claudio's life if Isabella will yield him her virginity. Isabella refuses, but she also realises that (due to Angelo's austere reputation) she will not be believed if she makes a public accusation against him. Instead she visits her brother in prison and counsels him to prepare himself for death. Claudio vehemently begs Isabella to save his life, but Isabella refuses. As a novice nun, she feels that she cannot sacrifice her own immortal soul (and that of Claudio's, if he causes her to lose her virtue) to save Claudio's transient earthly life.

The Duke has not in fact left the city, but remains there disguised as a friar in order to spy on the city's affairs, and especially on the actions of Angelo. In his guise as a friar he befriends Isabella and arranges two tricks to thwart Angelo's evil intentions: 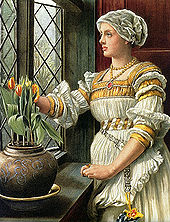 This main plot concludes with the 'return' to Vienna of the Duke as himself. Isabella and Mariana publicly petition him, and he hears their claims against Angelo, which Angelo smoothly denies. As the scene develops, it appears that Friar Lodowick will be blamed for the 'false' accusations levelled against Angelo. The Duke leaves Angelo to judge the cause against Lodowick, but returns in disguise moments later when Lodowick is summoned. Eventually the friar reveals himself to be the Duke, thereby exposing Angelo as a liar and Isabella and Mariana as truthful. He proposes that Angelo be executed but first compels him to marry Mariana— with his estate going to Mariana as her new dowry, "to buy you a better husband". Mariana pleads for Angelo's life, even enlisting the aid of Isabella (who is not yet aware her brother Claudio is still living). The Duke pretends not to heed the women's petition, and only after revealing that Claudio has not, in fact, been executed, relents. The Duke then proposes marriage to Isabella. Isabella does not reply, and her reaction is interpreted differently in different productions: her silent acceptance of his proposal is the most common in performance. This is one of the "open silences" of the play.

A sub-plot concerns Claudio's friend Lucio, who frequently slanders the duke to the friar, and in the last act slanders the friar to the duke, providing opportunities for comic consternation on Vincentio's part and landing Lucio in trouble when it is revealed that the duke and the friar are one and the same. His punishment, like Angelo's, is to be forced into an undesired marriage: in this case with the whore Kate Keepdown.

The play draws on two distinct sources. The original is "The Story of Epitia", a story from Cinthio's Hecatommithi, first published in 1565.[1] Shakespeare was familiar with this book as it contains the original source for Shakespeare's Othello. Cinthio also published the same story in a play version with some small differences, which Shakespeare may or may not have been aware of. The original story is an unmitigated tragedy in that Isabella's counterpart is forced to sleep with Angelo's counterpart, and her brother is still killed.

The other main source for the play is George Whetstone's 1578 lengthy two-part closet drama Promos and Cassandra, which itself is sourced from Cinthio. Whetstone adapted Cinthio's story by adding the comic elements and the bed and head tricks.[1]:20

The title, which appears as a line of dialogue in the play, is usually thought to be a reference to the Bible, Matthew 7:2:

For in the same way you judge others, you will be judged, and with the measure you use, it will be measured to you.

Measure for Measure is believed to have been written in 1603 or 1604. The play was first published in 1623 in the First Folio.

In their book Shakespeare Reshaped, 1606–1623, Gary Taylor and John Jowett argue that part of the text of Measure that survives today is not in its original form, but rather the product of a revision after Shakespeare's death by Thomas Middleton. They present stylistic evidence that patches of writing are by Middleton, and argue that Middleton changed the setting to Vienna from the original Italy.[2] 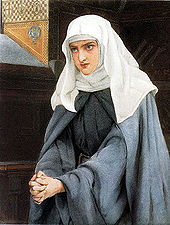 During the Restoration, Measure was one of many Shakespearean plays adapted to the tastes of a new audience. Sir William Davenant inserted Benedick and Beatrice from Much Ado About Nothing into his adaptation, called The Law Against Lovers. Samuel Pepys saw the hybrid play on 18 February 1662; he describes it in his Diary as "a good play, and well performed" – he was especially impressed by the singing and dancing of the young actress who played Viola, Beatrice's sister (Davenant's creation). Davenant rehabilitated Angelo, who is now only testing Isabella's chastity; the play ends with a triple marriage. This, among the earliest of Restoration adaptations, appears not to have succeeded on stage.

Charles Gildon returned to Shakespeare's text in a 1699 production at Lincoln's Inn Fields. His adaptation, entitled Beauty the Best Advocate, removes all of the low-comic characters. Moreover, by making both Angelo and Mariana, and Claudio and Juliet, secretly married, he eliminates almost all of the illicit sexuality that is so central to Shakespeare's play. In addition, he integrates into the play scenes from Henry Purcell's opera Dido and Aeneas, which Angelo watches sporadically throughout the play. Gildon also offers a partly facetious epilogue, spoken by Shakespeare's ghost, who complains of the constant revisions of his work. Like Davenant's, Gildon's version did not gain currency and was not revived.

John Rich presented a version closer to Shakespeare's original in 1720.[3]

In late Victorian times the subject matter of the play was deemed controversial, and there was an outcry when Adelaide Neilson appeared as Isabella in the 1870s.[4] The Oxford University Dramatic Society found it necessary to edit it when staging it in February 1906,[4] with Gervais Rentoul as Angelo and Maud Hoffman as Isabella, and the same text was used when Oscar Asche and Lily Brayton staged it at the Adelphi Theatre in the following month.[5]

William Poel produced the play in 1893 at the Royalty and in 1908 at the Gaiety in Manchester, with himself as Angelo. In line with his other Elizabethan performances, these used the uncut text of Shakespeare's original with only minimal alterations. The use of an unlocalised stage lacking scenery, and the swift, musical delivery of dramatic speech set the standard for the rapidity and continuity shown in modern productions. Poel's work also marked the first determined attempt by a producer to give a modern psychological or theological reading of both the characters and the overall message of the play.[6]

Notable more recent productions of Measure for Measure are Charles Laughton as Angelo at the Old Vic Theatre in 1933, Peter Brook's 1950 staging at the Shakespeare Memorial Theatre with John Gielgud as Angelo, and a 1976 New York Shakespeare Festival production featuring Meryl Streep as Isabella and John Cazale as Angelo. The play has only once been produced on Broadway, in a 1973 production that featured David Ogden Stiers as Vincentio and Kevin Kline in the small role of Friar Peter. It was later presented by the New York Shakespeare Festival in 1993, directed by Michael Rudman and starring Kevin Kline as the Duke, and with Andre Braugher as Angelo and Lisa Gay Hamilton as Isabella. 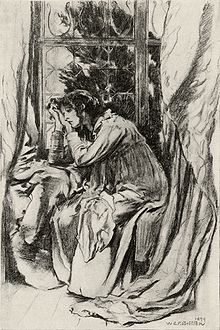