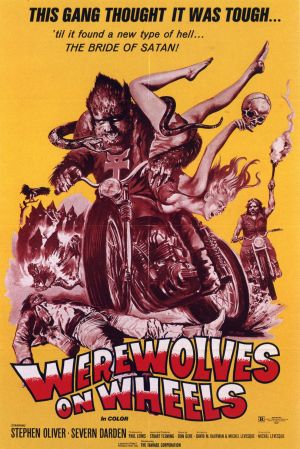 As a group of bikers moves across the desert, they come across an old church that a satanic cult has taken over. The cultists give them drugged food, and the bikers soon fall asleep. That night the cultists cast a curse on the biker leader's girlfriend, that makes her turn into a werewolf after nightfall. She soon infects her boyfriend. The bikers leave the church, and begin to be killed off whenever they stop for the night. Things come to a climax when the couple changes in front of the bikers, who quickly kill the beasts. The bikers return to the church to have their revenge, but stop when they see their faces in the cult.

In many scenes, footage was used of real bikers with no experience or training in going about their lives as normal. Thus, parts of this film could be regarded as an early experiment in reality as entertainment.