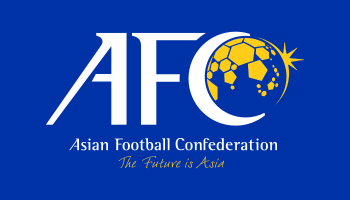 The AFC was founded in 1954 in , , and is one of 's six continental confederations. (Nations with both European and Asian territory, such as , , , , Georgia, and , are instead covered by ; , which lies entirely in Asia, is also a UEFA member.) The main headquarters is located in Bukit Jalil, , . The current president is of .

The latest champions of the AFC is Iraq. The AFC runs the , a competition for the national football teams of Asia held every four years, as well as the Asian World Cup Qualifying Tournament and the .It also runs the Asian Olympics Qualifying Tournament.The AFC also runs three levels of annual international club competitions. The most prestigious (and oldest of the current AFC club competitions) is the tournament, based on the , formed in 2002/03 with the amalgamation of the "" and the "". (An competition between the winners of these two major tournaments ended with the birth of the AFC Champions League.) The other competitions branched off this in 2004 when the 'Vision Asia' blueprint for development was launched. This led to the top fourteen AFC nations, the 'mature nations', sending their best teams to the AFC Champions League. The next 14 nations, the 'developing nations' qualify to send their teams to the .

The rest of the AFC-affiliated countries, the 'emerging nations' send their teams to the . The teams which qualify from each country are usually the champions and the cup winners [http://www.footballasia.com/en/news/index.asp?id=40247&sec=90&ssec=260&mth=7&yr=2005] . Currently there is no promotion and relegation between the different levels of nations.

The AFC is going to revamp 22 leagues in Asia, 10 of them by 2009-2012. This is due to the poor performance / absence of Asian teams in the 2006 World Cup. The reforms include: increasing transparency, increase competitiveness, improving training facilities and forcing the leagues to have a system of relegation and promotion. [http://www.taipeitimes.com/News/sport/archives/2007/02/14/2003349026]

The 10 leagues marked for reform are: Australia, Japan, China, South Korea, Singapore, India, Iran, United Arab Emirates, Saudi Arabia and Qatar. The proposal would mark a radical change in Australia, where professional leagues in all sports are organised on a model of franchised teams and closed league membership, a system most commonly identified with North America.

The (ALFC) is the section of the AFC who manage women's football in Asia. The group was independently founded in April 1968 in a meeting involving , , and . In 1986 the ALFC merged with the AFC [http://www.the-afc.com/english/goldenjubilee/default.asp?section=goldenjubilee&subsection=history] . The Asian Ladies Football Confederation helped organise the , first held in 1975, as well as the AFC's and the .

The AFC is split into four regions. [http://www.the-afc.com/english/index.asp] Below shows how the national teams of Asia are split up by region (but are not necessarily part of their regional football federation). As a rule, because of cultural restrictions, only the ASEAN and East Asian regions field equivalent women's teams.

*ASEAN: (formerly known as the Tiger Cup prior to 2007)-
*Central Asia: Officially only 4 countries in this region (Kyrgyzstan, Tajikistan, Turkmenistan and Uzbekistan. Kazakhstan left for ). No official tournament held between countries in this region.
*East Asia:
*South Asia:
*West Asia: (Although not all West Asian Countries enter),

Asian Footballer of the Year

The award is presented to the best football player from . Officially awarded since 1994. The official name is 's . Prior to 1994 it was awarded on an unofficial basis. The winners from 1988 to 1991 were chosen by .

The following table shows the AFC representatives at each edition of the , sorted by number of appearances.

1Australia qualified in 2006 under the Oceania Football Confederation (OFC). From 1972 to 1978 they were not a member of any confederation.

2Israel is now a member of UEFA.