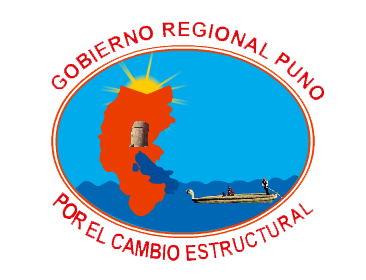 Puno is a region in southeastern . It is bordered by on the east, the on the north, the Cusco and Arequipa regions on the west, the on the southwest, and the on the south. Its capital is the city of , which is located on in the geographical region known as the or high sierra.

The climate is cold and dry, with a four-month rain season. On the other hand, the climate of the rainforest is warm. The water resources are taken from the Lake Titicaca, 50 lagoons and more than 300 rivers. There is also an important potential in underground waters.

is currently expanding in the Puno Region, with several tour operators and hotels ranging from low budget hostels to high-end hotels.

The region is divided into 13 provinces ("provincias", singular: "provincia"), which are composed of 107 districts ("distritos", singular: "distrito"). The provinces, with their capitals in parenthesis, are:

In ancient times, the Collao plateau was inhabited by groups (Collas, Zapanas, Kallahuayos and Lupacas). The came later.

According to chronicler , these ancient times coincide with the legend of and , who emerged from the waters of Lake Titicaca to found the .

The culture, also known as Putina, was the most important and influential pre-Hispanic culture in the region.

During the Viceroyship, Puno was the obliged route for travelers going to , . In , viceroy established San Juan Bautista de Puno as the capital of the province of Paucarcolla. Later, it was called San Carlos de Puno, in honor of the ruling king, .

In 1870, the railway route -Puno was installed and navigation in Lake Titicaca started.

In 2007, a meteorite landed here, rupturing a natural deposit of arsenic, sickening the locals.

In March 2008, the regional President, , declared that he seeks to push for the region's secession from Peru in order to establish an independent state. Fuentes has refused to help his local government organize a nationwide test for public sector teachers and promotes the cultivation of the coca leaf, often used to make cocaine. Peruvian Prime Minister has stated that promoting the breakup of Peru was "an act of sedition."

Government officials allege Fuentes to be ideologically close to Venezuelan President and to Bolivian President .