The Belleview Biltmore Resort and Spa is a large historic located in Belleair, , located off State Road 699. It is one of the oldest structures of significance in the area and was added to the U.S. on , .

The large 820,000 square foot (76,000 m²) hotel was built in 1897 by . It is the last remaining grand historic hotel from its period in Florida that exists as a resort, and the last standing hotel constructed by Plant still in use as a resort. The building is noted for its architectural features, with its unique green sloped roof and white wood sided exterior, and extensive hand crafted woodwork and inside. It is said to be the largest occupied wood frame structure in the world, and is constructed of native Florida pine wood.

The hotel is situated on Clearwater Bay, with views of the bay and the . The hotel property at large consists of over convert|160|acre|ha|0, including swimming pools, a beach club, restaurant, and a golf course. The hotel itself is located on 20.203 acres and has ballroom facilities and is a popular location for weddings and other gatherings.

The Belleview Biltmore has hosted many famous people, dignitaries and world leaders through the years, including U.S. Presidents , , and , former British Prime Minister and the , and celebrities such as , , , and .

The hotel is thought by some to be the site of sightings and other events. The Hotel was featured in a segment on the Weird Travels series on the U.S. network , which was filmed in March 2004 by Authentic Entertainment.

The Belleview Hotel, as it was initially known, was constructed by Henry B. Plant as a resort destination to boost tourist travel on his railroad line serving the west coast of , which he had acquired in 1893 as part of his expanding network of railroads. The , which eventually absorbed the Plant System lines, continued to operate the "Pinellas Special" train from to a siding on the hotel's property in the 1920s. [William Kratville, "Steam, Steel & Limiteds". Omaha: Barnhart Press, 1962.]

During , the hotel served as lodging for servicemen who were stationed at in . In the 1970s and 1980s, the aging hotel began to decline as changing travel patterns and intensified competition from newer beachfront motels caused significant losses.

A Japanese company, Mido Development, purchased the hotel in 1991 and made many repairs and additions, including a new spa area and entrance, later selling the property to hotelier Salim Jetha in 1997. 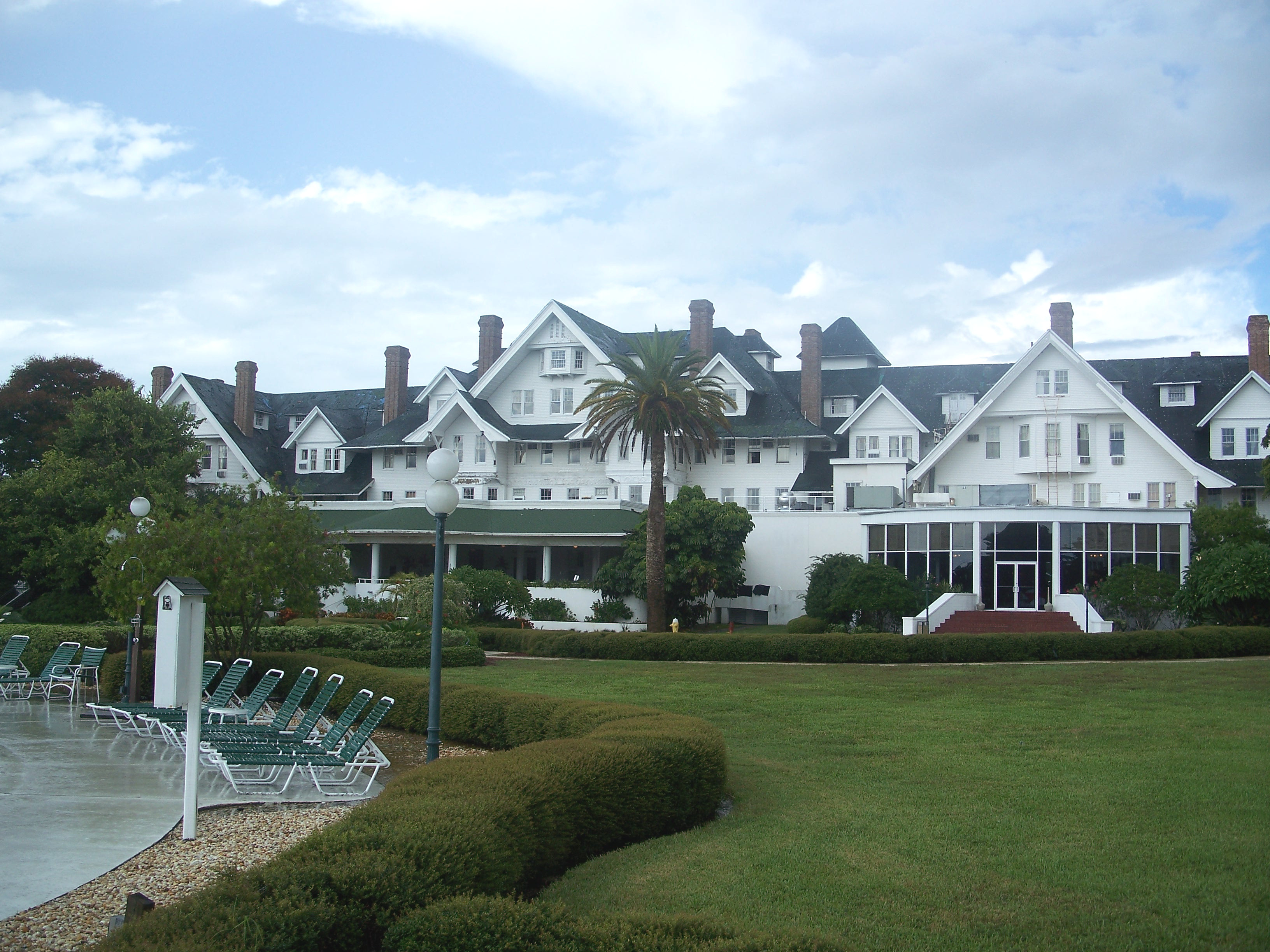 In late 2004, DeBartolo Development Group offered to purchase the property to demolish the hotel structure and replace it with retail shopping and s. The proposal was withdrawn in January 2005, however, after public outrage over the plan, the developers citing lack of public support. However, in April 2005, published reports said that the DeBartolo group was once again planning to purchase the hotel, and had it under contract with Urdang and Associates, raising concerns among historic preservationists when it was disclosed that DeBartolo had filed a demolition permit application with the Town of Belleair to demolish the Belleview Biltmore.

Neither nor the Town of Belleair, where the hotel is located, have the legal authority to block the demolition of the building, leading to calls by preservationists for the passage of measures to protect historic structures. Although Belleair does have a Historic Preservation Board, it has no authority to prevent demolition.

Preservationists have argued that hotels of similar age have been successfully restored while offering updated services and amenities, citing the Grand Hotel on in , the in , and the Williamsburg Inn in , as examples.

On , , the St. Petersburg "Times" reported that had entered into a purchase contract for the hotel, with the intent of preserving it. [Rita Farlow, , , . "Executives with Legg Mason Real Estate Investors would not disclose the proposed purchase price or the closing date, but said in a written statement they had a contract to buy the resort and intend to preserve the 110-year-old hotel."]