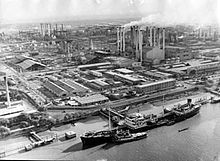 National Iranian Oil Refining and Distribution Company (NIORDC) is part of the Ministry of Petroleum of Iran. NIORDC was established on March 8, 1992 and undertook to perform all operations relating to refining and distribution of oil products.

Although NIORDC was formed in the 1990s, the company has actually inherited 90 years of Iran’s oil industries' experiences in the fields of refining, transfer and distribution of oil products, as well as, engineering and construction of installations of oil industries. 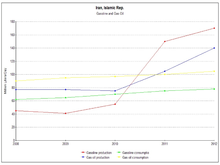 Major gasoline suppliers to Iran historically have been India, Turkmenistan, Azerbaijan, the Netherlands, France, Singapore, and the United Arab Emirates.[15][16] The Financial Times reported that Vitol, Glencore, Trafigura and other (western) companies had since stopped supplying petrol to Iran because of international sanctions.[17] In 2006, Vitol, a MNC based in Switzerland, supplied Iran with 60% of its total gasoline cargo imports.[18] In September 2010, Iran claimed that it has stopped importing gasoline according to the domestic capacity expansion plans.[19] 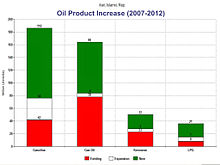 After completion of 7 new refineries and improvement to the existing refineries at a cost of $26 billion; along with the implementation of the subsidy reform plan to cut demand, it is possible that Iran will cease being a gasoline importer by 2010-2011 and will become a net exporter by 2013-2015.[21][22][23][24]

The NIORDC subsidiaries are as follows: