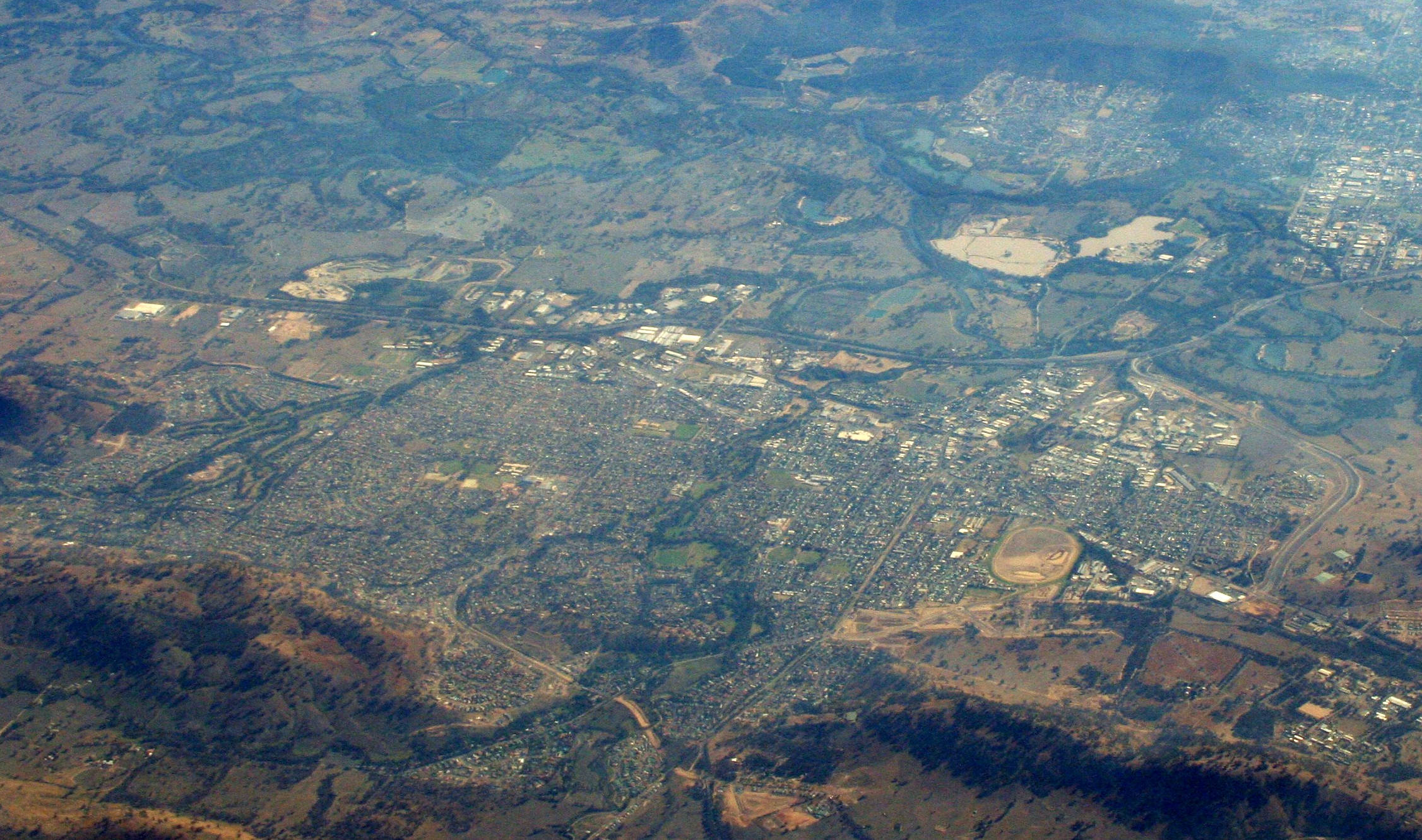 Wodonga is a small city on the Victorian side of the border with , 300 kilometres north-east of , . It is covered by the municipality . Its population is approximately 40,500 people, and with Albury forms an urban area with more than 82,000 people.

Founded as a customs post with its twin city Albury on the other side of the , the town grew subsequent to the opening of the first bridge across the Murray in 1860.Originally named Wodonga its name was changed to Belvoir then later back to Wodonga.The Post Office opened , although known as Belvoir until , .

] It has been regarded as the smaller, less prosperous cousin of the two (once commonly referred to by locals as 'Struggle Town'). Whilst still somewhat smaller than Albury, economic growth in both areas has ameliorated such distinctions.

Major secondary industries based in Wodonga include 'LOGIC' a logistics distributions hub, a large cattle market , a pet food factory (Mars Corporation), a cardboard box factory (VISY) and an abattoir and a foundry () as well as a variety of other, smaller enterprises. It also serves as a central point for the delivery of government services to the surrounding region.

It houses the Australian corporate headquarters for Mars Corp. Wodonga is the site of an logistics base and a training centre for army technical apprentices, Latchford Barracks. It is also the home of a campus of and Wodonga Institute of TAFE.

Several experiments in cross-border governance in an attempt to bring the cities of Albury and Wodonga together have been tried - see for details.

Australian Socceroos and played for soccer team Twin City Wanderers as a child. Wodonga Diamonds Football Club and Wodonga Panthers Soccer Club are two other soccer clubs based in Wodonga.

The World's Biggest Rolling Pin (listed in the Guinness Book of World Records) is located in Wodonga, atop "Henri's Bakery".

Wodonga railway station lies on the -Albury and - lines. There are plans underway for the station to be moved from its present central location to a position on a new line on the northern edge of the town. [cite web
url=http://www.transport.vic.gov.au/DOI/Internet/Freight.nsf/AllDocs/45091215D4C329D9CA25730F001F2EB2?OpenDocument
title=North East Rail Upgrade - Project overview
work=Department of Transport
publisher=www.transport.vic.gov.au
accessdate=2008-06-22]

Wodonga is on the junction of the (the main route from Melbourne to Sydney) and the (which follows the southern bank of the ).

Local public transport is provided by Mylon Motorways, who run buses on a number of routes both within Wodonga and to Albury. [cite web
url=http://www.buslines.com.au/mylon/
title=Mylon Motorways - Temporary Timetable List
publisher=www.buslines.com.au
accessdate=2008-06-22] Bus services are generally quite infrequent and public transport use in Wodonga is very low.Fact|date=June 2008 There are also long-distance bus services to the capitals.

There are a number of bicycle paths in Wodonga, including one to Albury.

, which provides scheduled commuter flights to Melbourne and Sydney, is a short drive from Wodonga.

Wodonga is in the federal . The current representative for the is member .

Wodonga is in the Victorian . of the Liberal Party was elected member for the in the 2006 Victorian State Election in November 2006.

Higher education served by the .