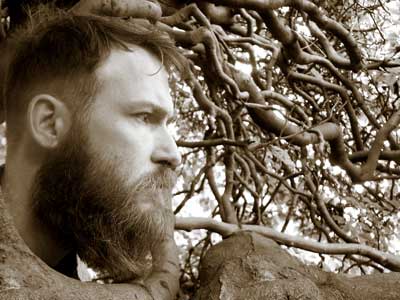 John Balance (first name also spelled "Jhon" and "Jhonn"; born Geff Rushton/Geoffrey Laurence Burton; , – , ), born in Mansfield, , was the founder of the experimental music group Coil, along with his partner .

Balance had strong interest in ians and such as , John Dee, , and . He was inspired by the works of Crowley, Dee, Spare, Ex-Velvet Underground member/mystical poet/percussionist , poet/painter and Surrealist painter/sculptor . Balance expressed interest in belief systems such as , , , , and and applied certain aspects of these to his musical projects. Balance referenced magick devices such as sigils.

He had long struggled with , which was cited as one of the major contributing factors to the breakup of his long-standing relationship with ' co-founder , and was a recurring theme in his later musical work. Balance died after tipping over the banisters at his home [http://www.thresholdhouse.com/departures.html] while under the influence of alcohol.

Balance's first known track is under the alias "Merderwerkers" titled "Blue Funk (Scars For E)" on the cassette compilation "Standard Response". Balance also published a magazine called "Stabmental" and released a track titled, "A Thin Veil Of Blood" under the alias Stabmental, on the cassette compilation "Deleted Funtime - Various Tunes For Various Loons". Balance then joined up with Peter Christopherson and recording "" under the alias "The Sickness of Snakes" and performed alongside Christopherson in before the duo formed Coil. A short collaboration between produced the album Transparent. The album was dually credited and marked Coil's first release.

During the 23 year career of Coil, Balance collaborated with many other artists such as , , and CoH, appearing on many albums other than Coil's.