A chapel of ease (sometimes 'chapel-of-ease') is a church building other than the parish church, built within the bounds of a parish for the attendance of those who cannot reach the parish church conveniently. 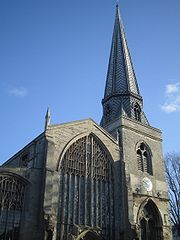 Often such a chapel of ease is deliberately built as such, being more accessible to some parishioners than the main church. Such a chapel may exist, for example, when a parish covers several dispersed villages, or a central village together with its satellite hamlet or hamlets. In such a case the parish church will be in the main settlement, with one or more chapels of ease in the subordinate village(s) and/or hamlet(s).

Some chapels of ease are buildings which used to be the main parish church until a larger building was constructed for that purpose. For example, the small village of Norton, Hertfordshire, contains the mediaeval church of St Nicholas, which served it adequately for centuries; but when the large new town of Letchworth was built, partly within the parish, St Nicholas's became too small to serve the increased population. This led to the building of a new main church building for the parish, and St Nicholas's became a chapel of ease.

Chapels of ease are sometimes associated with large manor houses, where they provide a convenient place of worship for the family of the manor, and for the domestic and rural staff of the house and the estate. There are many such chapels in England, for example that at Pedlinge in Kent. 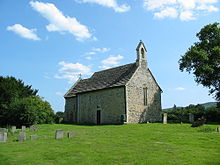 All Saints Church at Buncton dates from the 11th or 12th century.

When two or more existing parishes are combined into a single parish, one or more of the old church buildings may be kept as a chapel of ease. An example can be seen in Palo Alto, California, where, in 1987, the six parishes of the Roman Catholic Diocese of San Jose in California in the city were combined into a single parish, Saint Thomas Aquinas Parish. As of 2007[update], St. Thomas Aquinas Church serves as the parish church, with Our Lady of the Rosary Church and St. Albert the Great Church as chapels of ease.