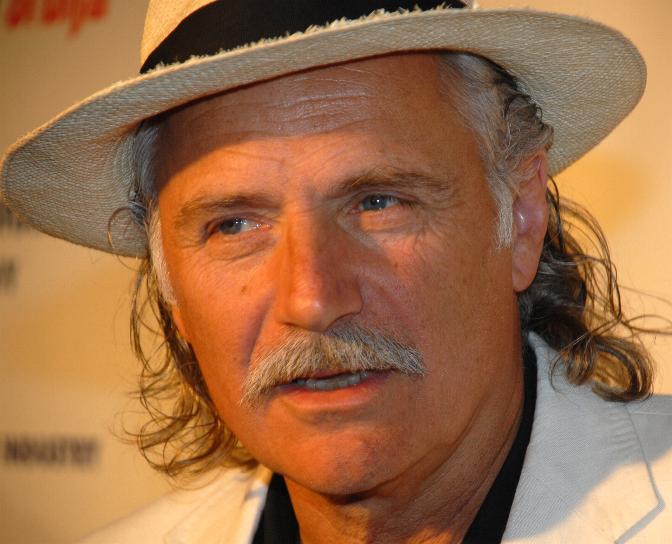 Rade Šerbedžija (occasionally credited as Rade Sherbedgia in some English-language productions; born , ) [ [http://www.filmreference.com/film/42/Rade-Serbedzija.html Rade Serbedzija Biography (1946-) ] ] is an and director born in . He was one of the most popular Yugoslav actors in the 1970s and 1980s. He is now internationally known mainly for his supporting roles in films during the 1990s and 2000s. Recently, Šerbedžija received attention for his recurring role as former Soviet General in the sixth season of TV action series "24". He is a n and n citizen, having passports for both countries.

Šerbedžija was born in the village of in , . was his neighbor for a period of time while he was living in the U.S. For a period of time he lived in the Fužine area of , .Šerbedžija plays the guitar and sings. Šerbedžija has said that he puts his funds in Slovenia but is more comfortable working in Croatia. [ [http://www.jutarnji.hr/clanak/art-2007,3,9,rade_serbedzija,65630.jl Rade Šerbedžija: Formalno sam Slovenac - Jutarnji.hr ] ] He is a member of the Advisory Council of the .

Rade founded the Ulysses Theater with Borislav Vujčić in , where he also directs and acts in most plays. The theater was founded in 2000 and is very successful so far.

In the early 1990s, during the course of the , he acted in few films from various parts of former Yugoslavia, including the Macedonian film "Before the Rain" in 1994. Šerbedžija then also acted in various western European films before he emigrated to the .

He is perhaps most often recognized by world audiences for his supporting roles in films such as "", Mighty Joe Young, "The Saint", "", "Snatch", "", "The Quiet American (2002)", "Shooter" and a cameo in "" often varying between sinister villains or trusting friends. He was offered to reprise his cameo role in "" but opted not to.

In 2001, he starred in an elaborate television production of 's classic musical "South Pacific" in the role of the French plantation owner, Emile de Becque. He was also involved in the Television production of the spy-thriller show "" for one episode as a villain. In autumn of 2005, Šerbedžija had a supporting role in the series "Surface". His most recent role is in 's feature film adaptation of ' novel "", where he plays the character Athos Roussos. His most recent successful role is that of Captain Blake in 's remake of "The Fog".

He portrayed the part of Dmitri Gredenko on the sixth season of the hit show "24".