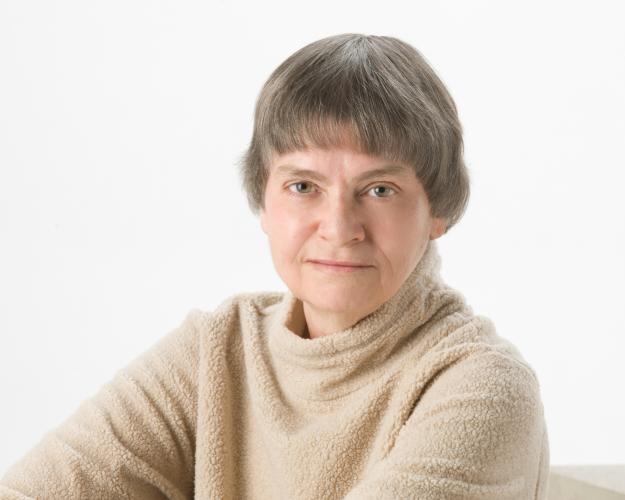 Judith Moffett (born 1942) is an American science fiction writer. She is also a poet and an academic.

She first wrote poetry and works about poets, like her 1984 book about . She still writes for organizations like the . [http://www.poets.org/page.php/prmID/158] She did not write science fiction until 1986, but gained almost immediate attention by winning the first in 1987. Her first novel, "" in 1987, further enhanced her reputation. It is noted both for its treatment of alien sexuality and as an example of Quakers in science fiction. [http://www.adherents.com/lit/sf_quaker.html] In the following year, 1988, she won the John W. Campbell Award for Best New Writer in Science Fiction. In 1989 her novella "Tiny Tango" also received award nominations.

Translations from the Swedish

*"James Merrill: An Introduction to the Poetry" (Columbia University Press, 1984)
*"Homestead Year: Back to the Land in Suburbia" (Lyons & Burford, 1995)

* 1967 Fulbright Teaching Fellowship to the University of Lund, Sweden
* 1971 First prize, Graduate Division, in the Academy of American Poets Contest at the University of Pennsylvania
* 1973 Fulbright Travel Grant to Sweden
* 1973 Eunice Tietjens Prize from "" magazine
* 1976 First Ingram Merrill Foundation Grant in poetry
* 1976 Levinson Prize from "Poetry" magazine
* 1978 Translation Center Award
* 1980 Second Ingram Merrill Foundation Grant
* 1981 Poem "Scatsquall in Spring" included in "Pushcart IV: Best of the Small Presses" annual collection
* 1982 Annual Translation Prize of the
* 1983 Translation Grant
* 1984 Creative Writing Fellowship Grant
* 1987 "Surviving": won the Theodore Sturgeon Memorial Award for the best science fiction story of the year; also a finalist for a 1986 in the novelette category
* 1988 Received the at the World Science Fiction Convention in New Orleans
* 1989 "The Hob": a finalist for the 1988 Nebula Award in the novelette category
* 1990 "Tiny Tango": a finalist for the 1989 Nebula Award and the 1990 in the novella category
* 1991 Third Ingram Merrill Foundation Grant for poetry and translation
* 1991 "The Ragged World": a "" Notable Book
* 1992 "Time, Like an Ever-Rolling Stream": a "New York Times" Notable Book and shortlisted for the
* 1994 Translation grant from the
* 1998 Presenter at the Nobel Symposium on Translation of Poetry and Poetic Prose
* 1999 One-year stipend from the Swedish Authors' Fund