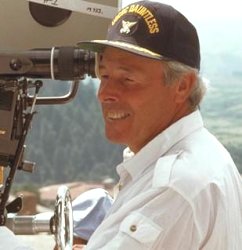 Glen's other films as second unit director include "Superman" and "", both in 1978.

As with other directors, Glen's movies each have an individual trademark in the form of a pigeon flying out of a hole in a wall. These are noticeable during his five Bond Movies, Glen's Bond movies also feature at least one character falling to his or her death from an aeroplane, with each character performing the same scream.