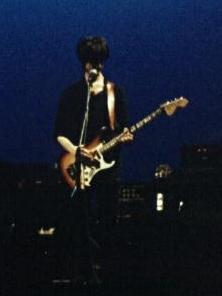 Vincent "Vini" Gerard Reilly (b. August ) is an English musician and leader of the group .

A native of in , Reilly arranged music and played guitar on fellow Manchester artist 's debut album "" in . Reilly has also recorded with artists including , , , The Wake, Richard Jobson, , Craig Davies, and . He also attempted to produce the ' debut "", finding he simply could not work with the band.

Reilly was 's first signing to Manchester's iconic label, . Reilly's music is respected by fellow musicians and those in the music industry, with citing Reilly's album 'LC' as one of his all-time favourites and Red Hot Chili Pepper famously saying onstage at a Chili Pepper concert that Vini Reilly is the best guitarist in the world.