The "basic purpose [of the right of priority] is to safeguard, for a limited period, the interests of a patent applicant in his endeavour to obtain international protection for his invention, thereby alleviating the negative consequences of the principle of territoriality in patent law."[1]

Any person who has duly filed an application for a patent, or for the registration of a utility model, or of an industrial design, or of a trademark, in one of the countries of the Union, or his successor in title, shall enjoy, for the purpose of filing in the other countries, a right of priority during the periods hereinafter fixed.[2]

Article 4 B. of the Paris Convention describes the effects of the priority right:

Consequently, any subsequent filing in any of the other countries of the Union before the expiration of the periods referred to above shall not be invalidated by reason of any acts accomplished in the interval, in particular, another filing, the publication or exploitation of the invention, the putting on sale of copies of the design, or the use of the mark, and such acts cannot give rise to any third–party right or any right of personal possession.[2]

Priority rights under other multilateral arrangements

Some priority rights are defined by a multilateral convention such as the European Patent Convention (EPC)[5] or the Patent Cooperation Treaty (PCT).[6] The Paris Convention does not cover priorities claimed in a European patent application or in an international application (or PCT application), as the EPC and the PCT have their own legal provisions regarding priority.

Article 87(1) EPC defines the priority right system under the EPC or more precisely recognise priority rights for first filings in or for States party to the Paris Convention or any Member of the World Trade Organization (WTO): [7]

Any person who has duly filed, in or for

(b) any Member of the World Trade Organization,

an application for a patent, a utility model or a utility certificate, or his successor in title, shall enjoy, for the purpose of filing a European patent application in respect of the same invention, a right of priority during a period of twelve months from the date of filing of the first application.

Article 89 EPC describes the effect of the priority right:

Articles 87 to 89 EPC provide a complete, self-contained code of rules of law on the subject of claiming priority for the purpose of filing a European patent application (cf. decision J 15/80, OJ EPO 1981, 213).

Regarding the critical question "What is „the same invention“?" in Article 87(1) EPC, opinion G 2/98 prescribes a photographic approach to the assessment of priority. [9] According to the headnote of opinion G 2/98, the requirement for claiming priority of "the same invention" means that priority of a previous application in respect of a claim in a European patent application is to be acknowledged only if the skilled person can derive the subject-matter of the claim directly and unambiguously, using common general knowledge, from the previous application as a whole. [10]

The Patent Cooperation Treaty, in its Article 8(1), provides the possibility of claiming a right of priority for the filing of an international application (PCT application):

The international application may contain a declaration, as prescribed in the Regulations, claiming the priority of one or more earlier applications filed in or for any country party to the Paris Convention for the Protection of Industrial Property.[6]

Any declaration referred to in Article 8(1) ("priority claim") may claim the priority of one or more earlier applications filed either in or for any country party to the Paris Convention for the Protection of Industrial Property or in or for any Member of the World Trade Organization that is not party to that Convention.[11] 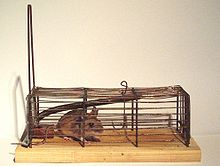 This means that any disclosure to the public of the improved mousetrap on or after July 15, 2006 (by Ms. A or anyone else) will not prejudice Ms. A's patent application in the United Kingdom. If Mr. B independently invents around January 2007 the same improved mousetrap and decides to directly publish in February 2007 a paper explaining how his new mousetrap works, the publication of the paper by Mr. B will not affect the novelty of Ms. A's patent application in the United Kingdom, even though the publication of Mr. B's paper takes place before the actual date of filing of Ms. A's UK patent application.

The priority system, including this one-year priority right, enables Ms. A to file a patent application as soon as possible in one country (in this case in Germany, and in the German language), and gives her one year to do whatever is necessary to file patent applications in other countries (translating the text of the application, filling the application forms, sending the translated application and forms to the foreign patent offices, collecting the funds to pay the filing fees, and so on) without being affected by any intervening publication. The actual date of filing in the United Kingdom remains July 15, 2007, and this is the date from which the 20-year duration of any ensuing patent is calculated. The example also applies to many other countries, such as to all countries which are party to the Paris Convention. [19]