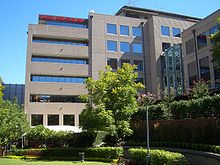 One of the driving forces behind the creation of Nova was the growing demographic of youth who were embracing the commercialised anti-pop movement fronted by such artists as Daft Punk and Spiderbait, but for whom Triple J, operated by the publicly funded Australian Broadcasting Corporation, had no commercial incentives to offer. Initially the music selection on Nova 96.9 was very similar to that of Triple J, and a number of the station presenters, most notably former breakfast hosts Merrick and Rosso, which were also former Triple J staff. However, while Triple J has retained its alternative style, Nova has drifted towards a more commercial format. Meanwhile, other stations have adopted Nova's more varied programming style, to the point where Nova is now hard to tell apart from other commercial FM stations.[citation needed]

Along with its sister stations Nova 100 Melbourne, Nova 106.9 Brisbane, Nova 91.9 Adelaide and Nova 93.7 Perth, Nova claims to be Australia's leading under 40s brand.[1] The most recent Nielson radio ratings for Sydney (survey 4, 2010) gives Nova a soft 6.2% share of the Sydney audience.

Since 2010 Nova 96.9 have been sponsoring the Sydney Roosters and its logo can be seen on the back of the main jersey. Nova 96.9 also sponsor A-League club Sydney FC (Official Radio Partner).[2]

Nova 96.9 and its sister station Classic Rock 95.3 work out of the same newsroom. Nova has live traffic updates from the Australian Traffic Network only in the afternoon through their drive show, and during breakfast and weekends they use traffic updates found on the RTA website. Yearly the audio played while news and traffic reports are being delivered change, 2011 has brought a different approach, promoting each of the Breakfast, Drive and Night programs.