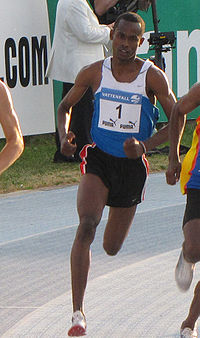 Mohammed Obeid Al-Salhi (Arabic: محمد الصالحي‎, born May 11, 1986 under the name Kosgei in Kenya changed his nationality in 2002 and is now a Saudi Arabian middle distance runner who specializes in the 800 metres.