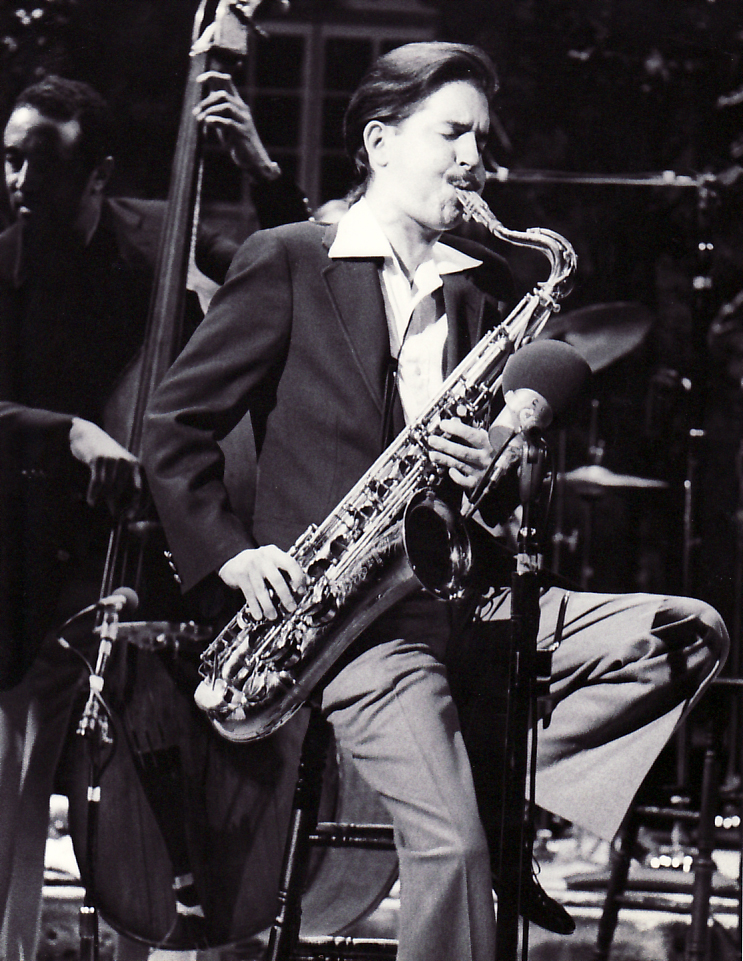 Scott Hamilton is a jazz tenor saxophonist, born in 1954 and associated with and mainstream jazz.

He emerged in the 1970s and at the time he was considered to be one of the few musicians of real talent who carried the tradition of the classic jazz tenor saxophone in the style of , as well as and forward. He began playing in various rhythm & blues outfits in Providence (), but subsequently shifted to jazz and the tenor saxophone. In 1976 he moved to at, in part the recommendation of . He there joined for a period of time and in 1977 recorded his debut album for , with whom he would have a long recording career in his own name and as one of their . He also worked as a backing musician for singer and others.

During this time, he also developed an alcohol problem. [cf for example Feather, L: "The Encyclopedia of Jazz.", Entry on Hamilton] In the early 1980s he had formed his own quintet and toured all over the world. By then free from his drinking habit, in 1982 he had matured sufficiently to be able to break away from the spell of mainly and , whom he had been criticized of imitating. From this point on both his playing and his tone were very much his own.

Living in New York City, he toured all around the world during the 1980s, playing Japan and all over Europe. He was in particular a recurrent visitor to the UK, Sweden and the , held in Nice, France. By the early 1990s he was ready for a next step and by 1994 when he released Organic Duke, he had developed a quite singular style: a large, well-rounded but still focused tone and improvising, ostensibly still based on the swing idiom (especially Ellington), but incorporating more modern elements. During this period, he relocated to London, and formed his current quartet, featuring British musicians John Pearce (p), Dave Green (b) and Steve Brown (dr), with whom he recorded "East of the Sun" in 1993. He is currently active touring all over Europe.

He has had over forty albums as a lead most on 's label including the following, except where marked.