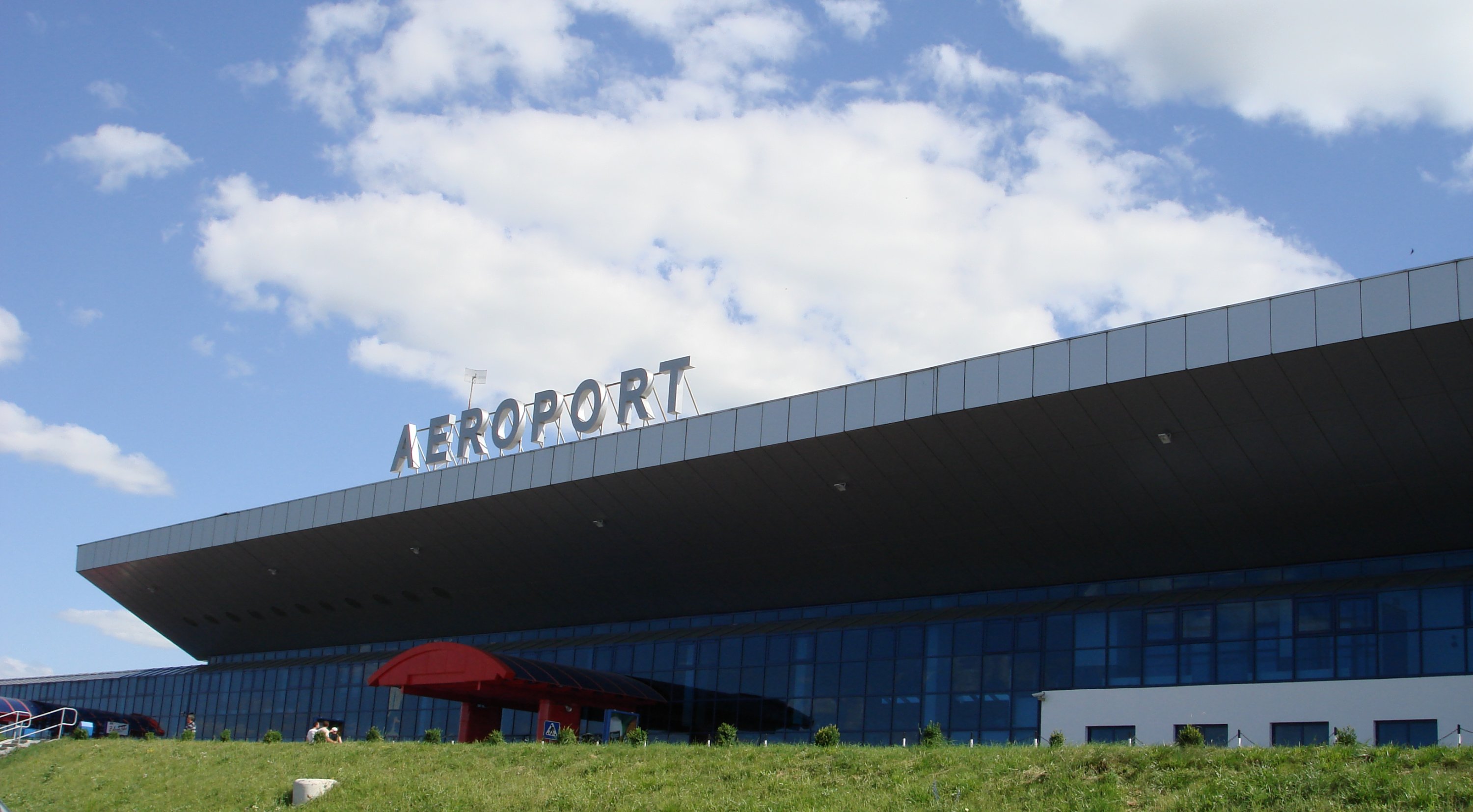 Chişinău International Airport Airport codes|KIV|LUKK is a main international airport in , located near the capital city of . The terminal built in the 1970s has a capacity of 1,200,000 passengers per year.

As there is no Cat II or III system, fog can temporarily disrupt flights, especially in the colder period between December and February.

Figures are in thousand tons.

The airport is open 24 hours a day.

Following moderization work by the Turkish company , the airport reopened in May 2000.

An annex terminal building with an area of 4,270 m² was added to the renovated present terminal building of 7,600 m². The project covers construction of 3,000 m² s, 3,200 m² composite panels, 12,185 m² asphalt road, a treatment plant with a capacity of 3,450 m³/day, complete mechanical heating, ventilation and electrical systems along with the security, luggage handling, master clock, and flight information systems. The contract had a commercial value of USD 9.3 million.

The annual capacity of the airport has increased to 5.4 million passengers. There are ten check-in desks, four gates, and a .

VIP and CIP guests are offered special services at the VIP terminal.

The visitors terrace in the second floor has been opened in December 2006 but closed due to security measures. There is also a sign remembering the first flight to Moldova on 24.06.1926 on the routes Bucuresti-Galati-Iasi and Chisinau.

Late 2006 the airport reorganized the passenger flow before check-in.So far passengers had to present their passport, the ticket and eventually their registration (which was abolished long before!). Passengers were allowed in the check in hall. With the introduction of e-tickets and the abolition of the registration for foreigners this was no longer useful.After the removal of the wall the check-in hall became remarkably bigger and customs control is now after check-in.

, Moldova introduced the same new regulations for hand luggage which were enforced in the European Union on , .

To and from the airport

There is a bus and a mini-bus () to the airport (aerogara). For example the line 165 is passing Botanica district and continuing to the city center. The 'AEROGARA' bus departs from Piata D. Cantemir and can be catched in the city center on the Stefan Cel Mare street and also stops at the central railway station 'GARA' . It is a white livery bus operating with a 30 minute interval. The fares are paid to the bus conductor.

The airport is located at the mainway to the south.