Remaster (and its derivations, frequently found in the phrases digitally remastered or digital remastering) is a word marketed mostly in the digital audio age, although the remastering process has existed since recording began. Frequently advertised with regard to CD and DVD releases, remastering has become a powerful buzzword in multimedia industries, and it generally implies quality enhancement of sound and/or picture to a previously existing recording. To create a new master, mixing of individual session tapes tracks becomes necessary, where applicable. For example, the reissue boom that began in the mid-nineties saw remastered versions of the back-catalogues of Kiss, The Who, The Byrds and others, while remastered editions of first-generation DVD releases are similarly bestsellers. Despite its status as an industry buzzword, however, remastering actually refers to a fairly distinct process, one that does not inherently include the notion of a positive or neutral upgrade.

For more details on this topic, see Audio mastering.

To understand the concept of remastering, it is beneficial to understand that often a pyramid of copies would be made from a single original "master" recording, which might itself be based on previous recordings. For example, sound effects (a door opening, punching sounds, falling down the stairs, a bell ringing, etc.) might have been added from copies of sound effect tapes similar to modern sampling to make a radio play for broadcast.

A master is the recording which experts state will be the definitive copy that is duplicated for the end user usually into other formats i.e. LP records, CDs, DVDs etc..

Problematically, several different levels of masters often exist for any one audio release. As an example, examine the way a typical music album from the 1960s was created. Musicians and vocalists were recorded on multi-track tape. This tape was mixed to create a stereo or mono master. A further master tape would likely be created from this original master recording consisting of equalization and other adjustments and improvements to the audio to make it sound better on record players for example.

Thus, mastering refers to the process of creating a master. This might be as simple as copying a tape for further duplication purposes, or might include the actual equalization and processing steps used to fine-tune material for release. The latter example usually requires the work of mastering engineers.

With the advent of digital recording in the late 1970s, many mastering ideas changed. Previously, creating new masters meant incurring an analogue generational loss; in other words, copying a tape to a tape meant reducing the signal-to-noise ratio. This means how much of the original intended "good" information is recorded against faults added to the recording as a result of the technical limitations of the equipment used (noise, e.g. tape hiss, static, etc.). Although noise reduction techniques exist, they also increase other audio distortions such as azimuth shift, wow and flutter, print-through and stereo image shift.

With digital recording, masters could be created and duplicated without incurring the usual generational loss. As CDs were a digital format, digital masters created from original analog recordings became a necessity. 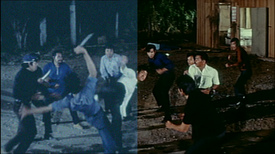 Remastering is the process of making a new master for an album, movie, or any other creation. It tends to refer to the process of porting a recording from an analogue medium to a digital one, but this is not always the case.

For example, a vinyl LP originally pressed from a worn-out pressing master many tape generations removed from the "original" master recording could be remastered and re-pressed from a better-condition tape. All CDs created from analogue sources are technically digitally remastered.

The process of creating a digital transfer of an analogue tape remasters the material in the digital domain, even if no equalization, compression, or other processing is done to the material. Ideally, because of their high resolution, a CD or DVD (or other) release should come from the best source possible, with the most care taken during its transfer.

Additionally, the earliest days of the CD era found digital technology in its infancy, which sometimes resulted in poor-sounding digital transfers. The earliest days of the DVD era were not much different, with early DVD copies of movies frequently being produced from worn prints, with low bitrates and muffled audio.[citation needed] When the first CD remasters turned out to be bestsellers, companies soon realized that new editions of back-catalogue items could compete with new releases as a source of revenue. Back-catalogue values skyrocketed, and today it is not unusual to see expanded and remastered editions of fairly modern albums.

Master tapes, or something close to them, can be used to make CD releases. Better processing choices can be used. Better prints can be utilized, with sound elements remixed to 5.1 surround sound and obvious print flaws digitally corrected. The modern era gives publishers almost unlimited ways to touch up, doctor, and "improve" their media, and as each release promises improved sound, video, extras and others, producers hope these upgrades will entice people into making a purchase.

While digitally remastering films generally improve the visual quality, remastering audio on CDs has many critics. Many remastered CDs from the late 1990s onwards have become casualties of the loudness war, where the average volume of the recording is pushed ever higher at the expense of dynamic range, making the new remastered version sound much louder at regular listening volume than an uncompressed version, making it sound very different from the original one. Some have also criticised the overuse of noise reduction in the remastering process.[1] [2][3]