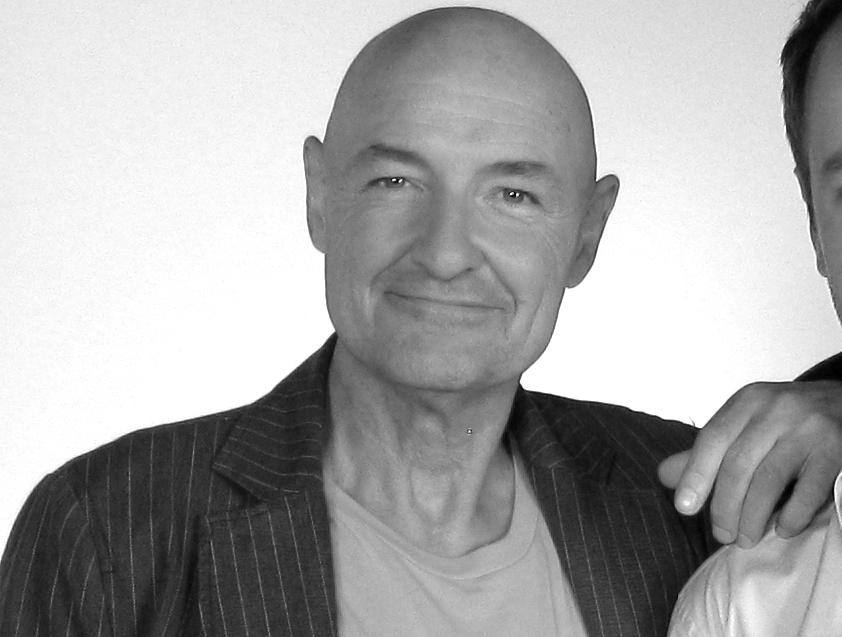 O'Quinn became famous for playing the titular role of "The Stepfather" and "The Stepfather II", in 1996 O'Quinn was cast as Peter Watts in "Millennium" which ran for three seasons (1996-1999). In recent years, O'Quinn has been portraying John Locke on the popular ABC TV series "Lost", for which he won an in 2007 and had previously been nominated for in 2005.

Terry O'Quinn was born as Terrance Quinn at War Memorial Hospital in and grew up in nearby , one of 11 siblings. He attended in city-state|Mount Pleasant|Michigan, and the in . He changed his surname from Quinn to O'Quinn as another registered actor already had the name Terrance Quinn. [cite web|first=Rachel|last=Hatch| url = http://www2.iwu.edu/CurrentNews/newsreleases08/news_ActorVisitsIWU_308.shtml| title = TV Actor Terry O’Quinn Visits With Illinois Wesleyan Theatre Students |publisher=Illinois Wesleyan Theatre|date=2008-03-04 | accessdate =2008-08-06 ]

O'Quinn began acting in the 1970s during his time at . He not only was an outstanding actor but also playwright/director. He wrote and directed the musical "Orchestrina". This musical featured five main characters: The Man (played by of ""), The Boy (Harold Downs), The Woman (Ann O'Donnell), The Girl (Debbie Penwarden), and The Drunk (James Hilliker), plus a female and a male chorus (including Gary E. Mitchell, an actor now in Grand Rapids, Michigan). Starting in 1980, O'Quinn has appeared in various films such as "Silver Bullet", "Tombstone", "Heaven's Gate", "", and as Howard Hughes in "The Rocketeer".

O'Quinn made his breakthrough by appearing as the deranged serial killing title character in "The Stepfather". His acting performance was praised by film critic , from the .

In 1996 O'Quinn started acting in a tv show called "Millennium", which was produced by . O'Quinn held this role for all three seasons of the series. Around 1995, O'Quinn made guest appearances in "" and "", also produced by Chris Carter, who also cast him in the "". O'Quinn holds the distinction of having played four different characters within the extended "X-Files"/"Millennium" (the two shows being classed together since both 's character of Frank Black and 's character of have appeared in both shows).

After a string of recurring appearances on "Alias" (2002–2003), as the FBI Director Kendall, O'Quinn became a favorite of television producer J.J. Abrams. Following a seven-episode guest run on "The West Wing" in 2003–2004, O'Quinn received a call from Abrams indicating that the producer wanted to cast him in his new television drama "Lost" without any audition. In 2005 and 2007, O'Quinn received an Emmy nomination for Best Supporting Actor in a Drama for his work as John Locke on "Lost". O'Quinn admitted on the that he did not have much faith in the series "Lost" at first, calling it "The Mysterious of ". [cite web|url=http://www.flixster.com/actor/terry-oquinn|title=Terry O'Quinn|publisher=Flixster|accessdate=2008-08-06] On , he won an for Outstanding Supporting Actor In A Drama Series for his role in "Lost". In a "" interview O'Quinn commented that the reason he felt comfortable playing this character is because he's a bit like him. [cite interview
first = Tiffany
interviewer = , , and
title = Jack Bender, Yunjin Kim, Daniel Dae Kim & Terry O'Quinn (Exclusive Interview)
url = http://www.tv.com/video/7100/jack-bender-yunjin-kim-daniel-dae-kim-and-terry-oquinn-exclusive-interview?o=tv
program = ""
date = 2006-10-05
accessdate = 2008-08-06]

O'Quinn has been married to his wife, Lori, for 25 years. Most of that time they lived in , but after "Lost" began airing, the couple decided to follow the example of O'Quinn's co-stars and move to , where the series is shot. The couple own a home in Hawaii and one in Maryland. They have two sons, Oliver and Hunter. O'Quinn is also a grandfather of one girl.