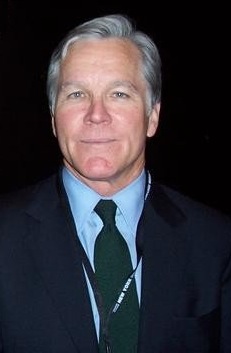 Bill Keller (born , ) is executive editor of "". Keller is the son of former chairman and chief executive of the , George M. Keller, [ [http://query.nytimes.com/gst/fullpage.html?res=9F0DE0D71438F932A25757C0A96F958260 WEDDINGS; Emma Gilbey and Bill Keller - New York Times ] ] Bill Keller attended the Roman Catholic schools St. Matthews and Junípero Serra High School in . After graduating from in 1970 where he began his journalistic career by founding an independent newspaper called The Collegian (later called The Collage), he was a reporter in Portland with "", the " Weekly Report", and at "The ".

Keller won a in 1989 for his reporting on the breakup of the former (USSR).

Keller spoke on , in defense of Judith Miller and her refusal to give up documents relating to the case.

Keller is reported to have refused to answer questions from "The Times" public editor, , on the timing of the , article on the classified (NSA) Terrorist Surveillance Program. "The Times" series of articles on this topic won a . The source of the disclosure of this NSA program has been investigated by the . The NSA program itself is being reviewed by the as to whether it sidesteps the , and after "The Times" articles, the Administration changed its procedures, allowing for more safeguards and more Congressional and judicial oversight.

Keller discussed the deliberations behind the Times' decision to publish the story in a July 5, 2006 PBS interview with Jeffrey Brown that included a discussion of the issues involved with former National Security Agency Director Admiral Bobby Ray Inman. [http://www.pbs.org/newshour/bb/media/july-dec06/nytimes_07-05.html]

Keller and "The Times" also published a story on another classified program to monitor terrorist-related financial transactions through the Brussels, Belgium-based (SWIFT) on , . Many commentators, [http://article.nationalreview.com/?q=YjE4ODFmMmI3ZmM5ZGE4ZDQxNmY1ODA5YTQ3NzkxZWQ] as well as some elected officials such as , [http://www.latimes.com/news/nationworld/politics/la-na-paper26jun26,1,2766639.story?coll=la-news-politics-national&track=crosspromo] called for the U.S. Justice Department to prosecute "The New York Times" and the confidential sources who leaked the existence of this program despite relevant s that forbid revealing classified information that could threaten , especially in a time of war.

In an attempt to respond to criticism stemming from the disclosure of the classified Terrorist Finance Tracking Program, the NSA program's official name, Keller stated in a published [http://www.nytimes.com/2006/06/25/business/media/25keller-letter.html/partner/rssnyt?_r=1&oref=slogin&pagewanted=all letter] that President Bush himself had acknowledged as early as September 2001 that efforts were underway "to identify and investigate the financial infrastructure of the international terrorist networks" and "to follow the money as a trail to the terrorists." In an column in "The Times", Keller, together with "" editor wrote that "Our job, especially in times like these, is to bring our readers information that will enable them to judge how well their elected leaders are fighting on their behalf and at what price." Keller's critics, including , responded to Keller's letter by pointing out that there is a vast difference between stating general intentions to track terrorist finances and the exact means employed to achieve those goals. But, as Keller wrote, this was the same Secretary Snow who invited a group of reporters to a 6-day trip on a military aircraft "to show off the department's efforts to track terrorist financing."