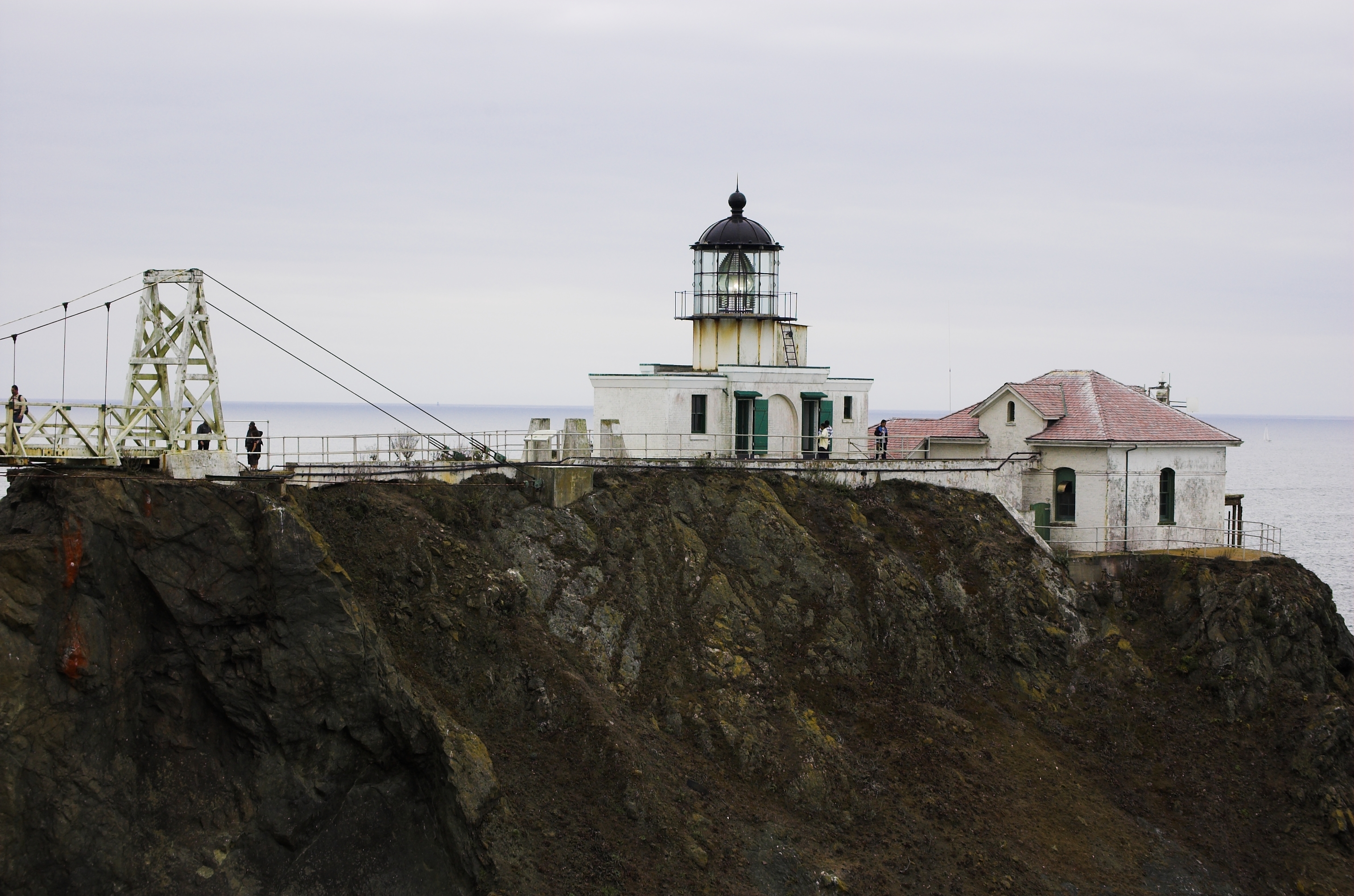 The original Point Bonita Lighthouse, a convert|56|ft|m|sing=on brick tower, was located too high. Unlike the East Coast of the United States, the West Coast has dense high , which leaves lower elevations clear. The original light was convert|306|ft|m above sea level so the second order was often cloaked in and could not be seen from the sea. In 1877, the lighthouse was moved to its current location at convert|124|ft|m above sea level. The currently maintains the light and fog signal.

*Point Bonita Light Station had the first fog signal on the West Coast. It was an Army surplus 24-pounder siege gun.
*This light is the only one in America that can be reached only by crossing a suspension bridge which is a replica of the Golden Gate Bridge.
*In 1877 the lighthouse was moved to its current location because the original location was often too obscured by fog for the light to be visible from the bay. This location required the builders to overcome many challenges, including the need for a hand carved, convert|118|ft|m|sing=on long hard rock tunnel. [cite web
url=http://www.uscg.mil/history/weblighthouses/LHCA.asp
title = California Light Stations (Point Bonita Light). Historical information and photographs
publisher =
accessdate= 2008-08-19]