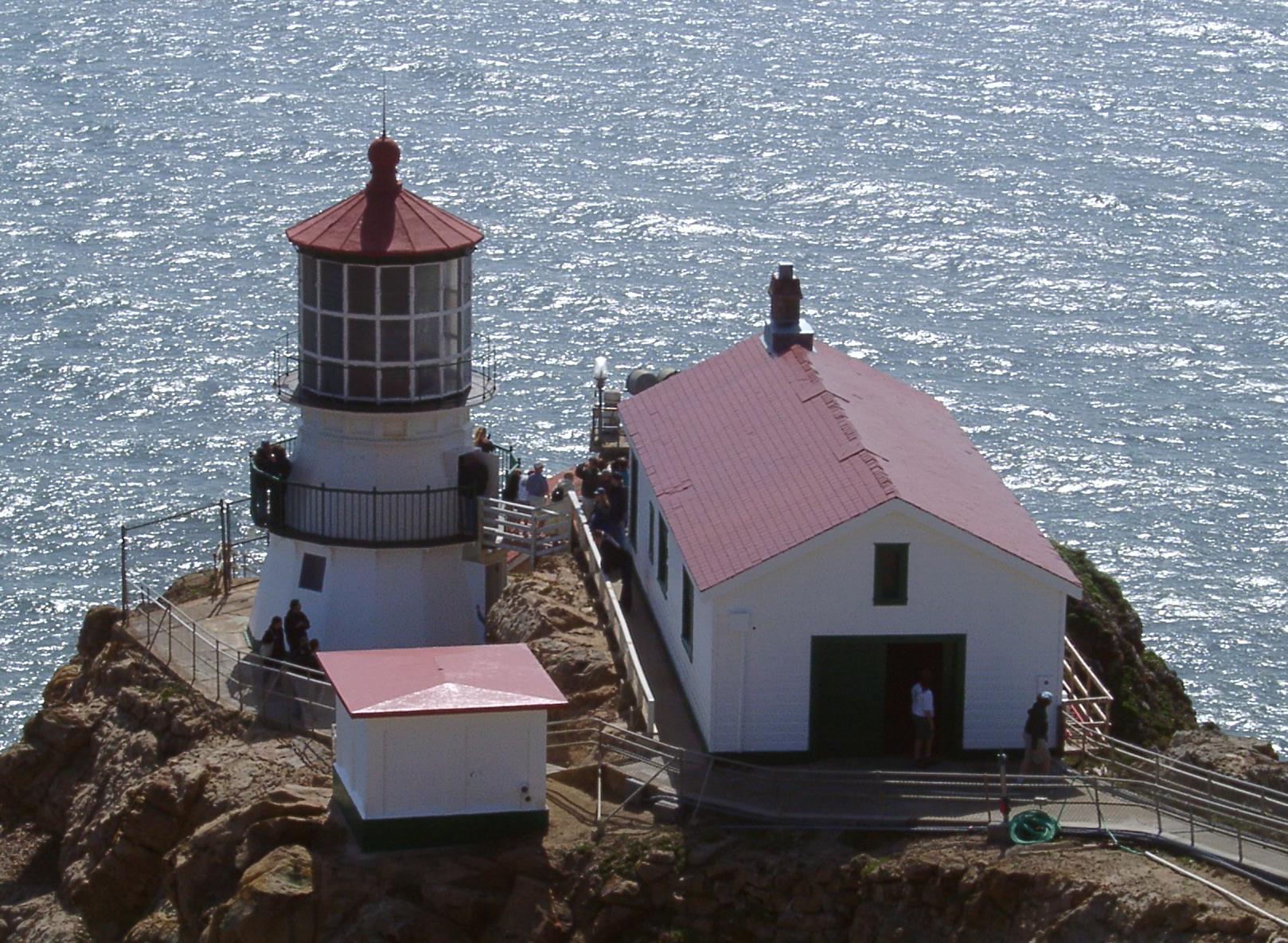 A lighthouse was assigned to Point Reyes in 1855, but construction was delayed for fifteen years because of a dispute between the and the landowners over a fair price for the land. The lighthouse is a sixteen sided, 37 foot tower, a twin of . The first-order Fresnel lens was first lit on December 1, 1870. Electricity came to the lighthouse in 1938, and concrete steps were built into the cliff in 1939. The station was automated in 1975.

The following historical information from March 1962 is maintained on the web site:

Point Reyes Light Station was established in 1870 at Point Reyes, Calif., 19 miles (31 km) from the nearest town of Inverness. It is a family station with a complement of four men who maintain a first order light, fog signal and radio beacon. The light tower itself is a sixteen-sided structure of forged iron plate (the original tower) bolted to solid rock. The top of the lantern is 37 feet (11 m) above the ground and focal plane of the light is 294 feet (90 m) above sea level. To reach the light, men assigned must descend 304 steps on the headland from the plateau above the station where the family quarters are situated. The quarters are new, two-story, four-family units (four-plex) built in 1960. The four-plex contains two 2-bedroom and two 3-bedroom units. Buildings maintained on the property, in addition to the family quarters, are the fog signal building, engine room, pump house, paint locker, double garage and a four-car carport with adjoining office and work shop.
Point Reyes is, by official records, the windiest and foggiest on the Pacific Coast. The station is frequently blanketed by week-long periods of fog and few years pass that do not see violent gales of 75 to 100 mph (121 - 161 km/h) strike the area. Point Reyes Light Station is one of the District’s outstanding tourist attractions. On fair summer weekends we often have several hundred visitors logged aboard. Escorting visitors has become a major portion of the duties of men assigned. Dependent children on the station travel three miles (five kilometers) by station vehicle to school. Commissary and post exchange privileges are available at Hamilton Air Force Base (the nearest armed forces installation), or in the San Francisco area. [cite web
url=http://www.uscg.mil/history/weblighthouses/LHCA.asp
title = California Light Stations (Point Reyes Light)
publisher =
accessdate= 2008-08-13]

The lighthouse was used as a location for the 1980 John Carpenter film .

*, also listed on the National Register