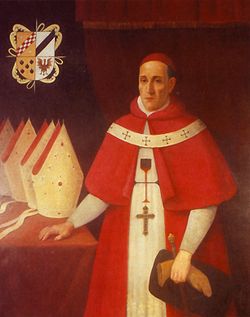 At a young age he entered the Calced branch of the Trinitarian Order in Toledo. He studied theology at the University of Alcalá. In Alcalá King Charles II named him preacher of the royal chamber. He also became examiner (calficador) for the Supreme Council of the Inquisition.

In 1716, while he was archbishop of Charcas, King Philip V named him interim viceroy of Peru. On August 15 he entered Lima and replaced Mateo de la Mata Ponce de León, president of the Audiencia. Mata had also been serving on an interim basis, since the removal of Viceroy Diego Ladrón de Guevara on March 2, 1716. Morcillo occupied this post until October 5, 1716, when the position was taken up by Carmine Nicolao Caracciolo, Prince of Santo Buono, the official successor of Ladrón de Guevara. Morcillo then returned to his ecclesiastical duties as archbishop of Charcas.

At the end of Caracciolo's term, Morcillo once again became viceroy, this time on a permanent basis. He entered Lima and took up the office on January 26, 1720. On the death of the archbishop of Lima, Antonio de Zuloaga, he also occupied that office.

Among his political accomplishments were a great increase in royal revenues from the colony, and the repulse of the English pirates on the coast.

During this time Pope Benedict XIII elevated two important Peruvian saints, Toribio Alfonso de Mogrovejo and Francisco de Solano. Morcillo donated large sums of money to the Trinitarian Order, to charitable works such as hospitals and schools, and for a convent for Discalced Carmelites in the town of his birth.

He was recognized as intelligent and a good administrator. He wrote a book entitled Clamores de la obligación. He left the office of viceroy in 1724 after grave incidents in Paraguay. He died in Lima in 1730 and was interred in the crypt of the cathedral.