White was born on his parents' plantation near the town of Thibodeauxville (now Thibodaux) in Lafourche Parish in south Louisiana. He was the son of Edward Douglass White Sr., a former governor of Louisiana, and grandson of Dr. James White, a U.S. representative, physician, and judge. On his mother's side, he was the grandson of U.S. Marshal Tench Ringgold, and related to the Lee family of Virginia. The White family's large plantation cultivated sugar cane and refined it into a finished product.

White's paternal ancestors were of Irish descent, and he was a devout Roman Catholic his entire life. He studied first at the Jesuit College in New Orleans, then at Mount St. Mary’s College, near Emmitsburg, Maryland, and then attended Georgetown University in Washington, D.C. where he was a member of the Philodemic Society. He later studied law at the University of Louisiana, renamed Tulane University in 1884. 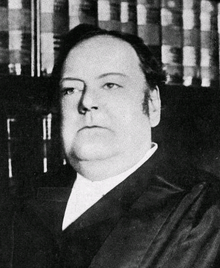 White's studies at Georgetown were interrupted by the American Civil War. It has been suggested that he returned to Bayou Lafourche, where he supposedly enlisted as an infantryman in the Confederate States Army under General Richard Taylor and eventually attained the rank of lieutenant. This is questionable, as his widowed mother had remarried and was living with the rest of the family in New Orleans at the time. When he returned to Louisiana, it was probably to his primary home in New Orleans. An apocryphal account states that White was almost captured by General Godfrey Weitzel's Union army when they invaded Bayou Lafourche in October 1862, but that he evaded capture by hiding beneath hay in a barn. It is possible that White enlisted in the Lafourche militia, as its muster rolls are not complete. There is no documentation, however, that White served in any Confederate volunteer unit or militia unit engaged in campaigns in the Lafourche area.

Another account suggests that he was assigned as an aide to Confederate General W. N. R. Beall and accompanied him to Port Hudson. Port Hudson had a garrison of 18,000 Confederate soldiers, but a numerically superior Union force surrounded it. After a siege lasting from May 21 to July 8, 1863 (the longest siege in North American history), the Confederate forces unconditionally surrendered after learning of the fall of Vicksburg. White's presence at Port Hudson is supported by a secondhand account of a postwar dinner conversation he had with Senator Knute Nelson of Minnesota, a Union veteran of Port Hudson, and another recounted by Admiral George Dewey (then a Federal naval officer at Port Hudson), in both of which White mentioned his presence during the siege. However, White's name does not appear on any list of prisoners captured at Port Hudson. According to another account of questionable reliability, White was supposedly sent to a Mississippi prisoner of war camp. (As practically all Confederate soldiers of enlisted rank of the Port Hudson garrison were paroled, and officers sent to prison in New Orleans and later at Johnson's Island, Ohio, this account is probably untrue.) When he was paroled, he supposedly returned to the family plantation, but it was abandoned, the canefields were barren, and most of the former slaves had left.

The only "hard" evidence of White's Confederate service consists of the account of his capture on March 12, 1865 in an action in Morganza in Pointe Coupee Parish contained in the Official Records of the American Civil War, and his service records in the National Archives, documenting his subsequent imprisonment in New Orleans and parole in April 1865. These records confirm his service as a lieutenant in Captain W. B. Barrow's company of a Louisiana cavalry regiment, for all practical purposes a loosely-organized band of irregulars or "scouts" (guerrillas). One organizing officer of this regiment, sometimes called "Barrow's Regiment" or the "9th Louisiana Cavalry Regiment," was Major Robert Pruyn. Pruyn (a postwar mayor of Baton Rouge, Louisiana) served as courier relaying messages from Port Hudson's commander, General Franklin Gardner, to General Joseph E. Johnston, crossing the Union siege lines by swimming the Mississippi. Pruyn escaped from Port Hudson prior to its surrender in the same manner. It is interesting to speculate that perhaps White accompanied Pruyn during that escape, which would explain White's absence from Port Hudson's prisoner rolls and later service in Pruyn's regiment. According to another account, after his parole in April 1865 and following the surrender of the western Confederate forces, White ended his military career by walking (his clothing in rags) to a comrade's family home in Livonia in Pointe Coupee Parish.

White's Civil War service was a matter of common knowledge at the time of his initial nomination to the United States Supreme Court, and the Confederate Veteran periodical, published for the United Confederate Veterans, congratulated him upon his affirmation. White was one of three ex-Confederate soldiers to serve on the Supreme Court. The others were Associate Justices Lucius Quintus Cincinnatus Lamar (II) and Horace Harmon Lurton. The Court's other ex-Confederate, Associate Justice Howell Edmunds Jackson, held a civil position under the Confederate government.

Edward White as a U.S. Senator

While living on the abandoned plantation, White began his legal studies. He then enrolled at the University of Louisiana, now named Tulane University, to complete his study of the law at what is now known as the Tulane University Law School. He subsequently was admitted to the bar and commenced practice in New Orleans in 1868. He briefly served in the Louisiana State Senate in 1874 and as an Associate Justice of the Louisiana Supreme Court from 1879 to 1880. He was politically affiliated with Governor Francis T. Nicholls, a former Confederate general.

He became famous in Louisiana for helping to abolish the Louisiana Lottery, a hotbed of corruption the fate of which was taken before the state's Supreme Court which ordered it discontinued in 1894.

The state's legislature appointed White to the United States Senate in 1891 to succeed James B. Eustis. He served until his resignation on March 12, 1894, when he was nominated by President Grover Cleveland (D) to be an Associate Justice of the Supreme Court of the United States. In 1896 he sided with the seven justices whose majority opinion in Plessy v. Ferguson approved segregation.

In 1910, he was elevated by President William Howard Taft to the position of Chief Justice of the United States upon the death of Melville Fuller. At the time, it was a controversial appointment for two reasons. First, White was a Democrat while Taft was a Republican. The media of the day widely expected Taft to name Republican Justice Charles Evans Hughes to the post. Second, White was the first Associate Justice to be appointed Chief Justice since John Rutledge in 1795. Some historians believe that President Taft appointed White, who was 65 years old at the time and overweight, in the hope that White would not serve all that long and that Taft himself might someday be appointed—-which is just what happened eleven years later.

White was generally seen as one of the more conservative members of the court. Besides being the originator of the “Rule of Reason," White also wrote the decision upholding the constitutionality of the Adamson Act, which mandated a maximum eight-hour work day for railroad employees, in 1916. White wrote for a unanimous Court in Guinn v. United States (1915), which invalidated the Oklahoma and Maryland grandfather clauses (and, by extension, those in other Southern states) as "repugnant to the Fifteenth Amendment and therefore null and void." However, in practice the Southern states found other methods to disfranchise blacks which withstood Court scrutiny.

When he left the High Court, he was succeeded by William Howard Taft, making White the only Chief Justice to be followed by the President who appointed him.

Chief Justice White was one of thirteen Catholic justices – out of 111 total through the appointment of Justice Sonia Sotomayor  – in the history of the Supreme Court.[2]

He married Leita Montgomery Kent, the widow of Linden Kent, on November 6, 1894, in New York City.

White died in office and his remains were buried at the Oak Hill Cemetery in Washington, D.C.. The Georgetown graveyard overlooks Rock Creek; also interred there are Associate Justice Noah Swayne and "almost-Justice" Edwin M. Stanton. Chief Justice Salmon P. Chase was also buried there, but his body was transferred after 14 years to Cincinnati, Ohio's Spring Grove Cemetery.[3][4]

White's statue is one of the two honoring Louisiana natives in the National Statuary Hall in the U.S. Capitol. Another statue is in front of the Louisiana Supreme Court building in New Orleans. The second statue is a local landmark on the New Orleans scene. "Big Green Ed", as his likeness is often referred to, is a favorite of locals and tourists alike. Visitors are often seen sitting at the base of his likeness, discussing issues of the day. Moreover, local custom holds that those who run around the statue in a counterclockwise direction will not be arrested that night.

Edward Douglas White Catholic High School in Thibodaux, Louisiana, bears his name (although it dropped the extra "s" at the end of Douglass).

The play "Father Chief Justice: Edward Douglass White and the Constitution" by LSU Law Center professor Paul Baier was based on White's life.

In early January 2009 the State of Louisiana commissioned American Memorial Restoration of Sherman Texas to restore and preserve the memorial statue of Chief Justice Edward Douglass White, Jr., that resides on the front steps of the Louisiana Supreme Court Building at 400 Royal Street in the heart of the French Quarter of New Orleans. Photos of the statue's new look are at American Memorial Restoration.

In 1995, White was posthumously inducted into the Louisiana Political Museum and Hall of Fame in Winnfield.

Edward Douglass White Council #2473 of the Knights of Columbus in Arlington VA is named in his honor.[5]