Guimarães
For the municipality in Brazil, see Guimarães, Maranhão.

Guimarães (Portuguese pronunciation: [ɡimɐˈɾɐ̃jʃ]) is a Portuguese city located in Braga District, in the North of Portugal and in the Ave Subregion (one of the more industrialized subregions of the country), with a population of 52 181 inhabitants, distributed throughout 20 parishes (freguesia in Portuguese), in an urban area of 23,5 km² with a population density of 2 223,9/km².

It is the seat of a municipality with an area of 241,05 km² and 162 636 inhabitants (2008), divided in 69 parishes. The municipality is bordered to the north by the municipality of Póvoa de Lanhoso, to the east by Fafe, to the south by Felgueiras, Vizela and Santo Tirso, to the west by Vila Nova de Famalicão and the northwest by Braga.

It is an historical city that had an important role in the formation of Portugal and it was settled in the 9th century, at which time it was called Vimaranes. This denomination might have had its origin in the warrior Vímara Peres, when he chose this area as the main government seat for the County of Portugal which he conquered for the Kingdom of Galicia.

Guimarães is one of the most important historical cities of the country. Its historical center is a UNESCO World Heritage Site, making it one of the largest tourist centers in the region.

The city is often referred to as the "birthplace of the Portuguese nationality" or "the cradle city" (Cidade Berço in Portuguese). This might be because the administrative seat of the County of Portugal was established there by Henry of Burgundy, or that it might also been the birthplace of Afonso I of Portugal, the first Portuguese king or because of the historical role of the city in the Battle of São Mamede (June 24th, 1128), which had a tremendous importance in the formation of Portugal and was fought in the vicinity of the city, However, due to the needs of the Reconquista, the governative center was changed to Coimbra in 1129. The "Vimaranenses" are also called "Conquistadores" (the Conquerors) in relation with the historical heritage of the conquest initiated in Guimarães.

Guimarães, jointly with Maribor, is going to be European Capital of Culture in 2012. 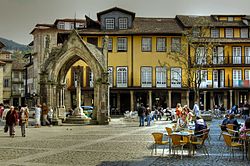 The Oliveira square, in the historical center of Guimarães, with the Padrão do Salado on the left

The city of Guimarães is historically associated with the foundation and identity of the Portuguese nationality. Guimarães, among other settlements, precedes the foundation of Portugal and because of its role in the foundation of the country it is known as the "cradle of the Portuguese nationality". In 1128, major political and military events that would lead to the independence and the birth of a new nation took place in Guimarães. For this reason, in one of the old towers of the city's old wall it is written "Aqui nasceu Portugal" (Portugal was born here).

The area in which Guimarães is integrated had permanent settlements since the Chalcolithic. In its municipality this can be witnessed by the Citânia (Castro) of Briteiros and Sabroso and archeologic station of Penha.

The Ara of Trajan hints the use of village of Caldas das Taipas as a spa town by the Romans. 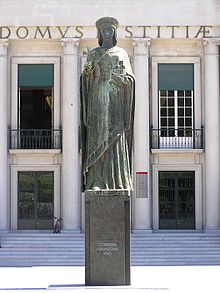 Statue of Mumadona Dias, in front of the city court.

After the political actions of the Reconquista organized by the Kingdom of Galicia in the 9th century, the medievel foundations of the actual city have roots in the 10th century. At this point, the Countess Mumadona Dias, erected a monestery in her property of Vimaranes, which originated the fixation of people in the area known as "vila baixa" (downtown). At the same time, she ordered the construction of a castle on the hill area which became known as "vila alta" (uptown), to defend the settlement. To connect these to areas the Rua de Santa Maria (St. Maria street) was laid.

The monastery became the "Real Colegiada" (Royal Collegiate church) and throughout time acquired importance due to the privileges and donations given to it by nobles and kings and it became a famous pilgrimage site.

Henry, Count of Portugal approved the first national foral possibly in 1096 (but not confirmed). The foral proves the growing importance of the village of Guimarães at that time, which was chosen as the capital of the County of Portugal.

In the 24th of June of 1128, the "Batalha de São Mamede" (Battle of São Mamede) took place in Guimarães.

During the reign of the king Denis, as the village was expanding, it was parcially surrounded by defensive wall. In the meanwhile, mendicant orders got settled in Guimarães and helped to mold the shape of the city. Later, during the reign of John I the wall would be tear down and the two parts of the city (uptown and downtown) would be finally united and the city started to expand outside the city walls.

Until the 19th century the structure of the city did not suffer many transformations besides the construction of a few more churches, convents and palaces. It was by the ending of the 19th century that new urbanistic ideas of higiene and symmetry that the village, that was promoted to city by the Queen Maria II in the 23rd of June 1853 had its greatest changes.

The complete tear down of the city walls was authorized and the creation of many streets and avenues could start at that point. The controlled process of urbanization permitted the conservation of the city magnificent historical center. 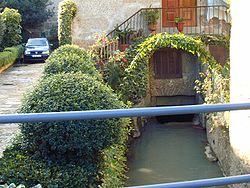 The municipality is delimited at north by the "Senhora do Monte" (Senhora hill), at northwest by the hills of Falperra, Sameiro, Outeiro and Penedice. To the south by the Penha hill which with height of 613 meters, it is the highest point of the municipality.

Guimarães is part of the drainage basin of Ave river which divides the municipality in half. The Ave river has as tibutaries the Vizela river, Torto river, Febras river and inside the city, the Selho river, the Couros river and the Santa Lúzia stream.

Guimarães is located in a valley and surrounded by hills and because there is some distance to the sea, the Winter is normally cold and rainy and the Summer is hot and lightly humid. The average annual temperature is 14º Celsius. 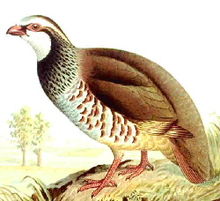 There is not much diversity, specially in the urban areas, but the municipallity has some spicies of cynegetic interest such as: the red fox, the wild boar, the turtle dove, the thrush, the pigeon and the red-legged partridge. In the green areas of the city, the most common spicies are rodents and squirrel.

Evolution of the population of the municipality of Guimarães (1801–2008)

Guimarães, is an average size city but with a booming cultural life. Besides its museums, monuments, cultural associations, art galeries and popular festivities, it has since September 2005, an important cultural space, the Vila Flor Cultural Center. This cultural center has two auditories, exposition center and a concert-caffee. Guimarães is getting ready to be European Capital of Culture in 2012, together with Maribor. Until the event, a new Art Platform will be developed in the old market which is expected to be turned into a contemporany art center.

Guimarães was elected by the New York Times one of the 41 places to go in 2011 and NYT called it one of the Iberian peninsula's emerging cultural spots.[1] 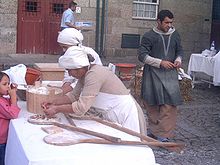 Joanina fair in Guimarães, where old activities are recreated such as the production of meat "cake"

The fact that since its beginning, Guimarães had a feminine monastery made much influence over its regional gastronomy, specially its confectionery. "Tortas de Guimarães" (Guimarães' pies) and "Toucinho do céu" (normally translated as bacon from heaven) are a good example. Besides the customary Minho gastronomy, the so called "meat" cake is made here, which is a kind of bread in a pizza shape served with pig, sardines or other toppings. 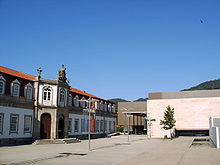 The city of Guimarães has several cultural spaces of reference at a regional and national level. Among the several museums of the city, the Alberto Sampaio museum is the one that stands out. Founded in 1928 and opened its doors to the public in 1931 it is located in the old site of the Canon the Collegiate of Our Lady of Oliveira (Cabido da Colegiada de Nossa Senhora da Oliveira in Portuguese). It contains a rich collection of pieces from the 14th, 15th and 16th century, including one rare vest that used by the king John I. 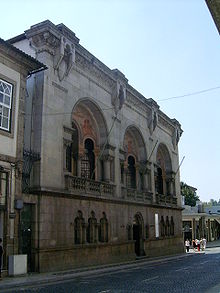 Headquarters of the Martins Sarmento Society

There is also: the Primitive Modern Arts Museum, located in the Dommus Municipallis (the old city hall), which contains a collection of naïve art; the Museum of the Village of São Torcato, which is dedicated to the region and its relationship with the monastery and Saint Torcato (São Torcato in Portuguese); the Agriculture Museum of Fermentões, which exhibits collections of the traditional agricultural practices of the region; and the Museum of São Sebastião, inaugurated on 24 March 1984, which estate is constituted majorly by sacred art.

Other cultural venues include: 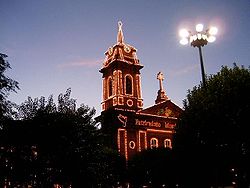 The Toural square church lighted up to celebrate the UNESCO Heritage status.

In 2008, the city ranked second in the index of most livable city in Portugal. It is also the second less polluted city in the country.

However, several people complain that the city, together with other cities of the Braga district has had a unaesthetic and unorganized growth.

Guimarães is the forth city in the country with more available newspapers. The oldest one was the "Azemel Vimaranense" was founded in 1822 and possibly had its publication halted by the Vilafrancada incidents. From 1856, other newspapers start to appear, amongst them "A Tesoura de Guimarães". Actually the citys' newspapers are:

There are two cities with headquarters in the city, Fundação Radio (95.8 FM) and the Santiago Radio (98.0 FM).

The Guimarães TV transmission is made online since 24 July 2007, it is the result of a collaboration between the citys' assembly and the Guimarães Cybercenter. Its contents are feature in the Região Norte TV channel which is available through cable.

The "canalguimarães" is another online channel that started operating in March 2010. It is the fruit of the effort put in by an arts association, the "Associação de Socorros Mútuos Artística Vimaranense", one of the oldest associations of the city.

Guimarães has the following sister cities: