Atlantic Avenue–Pacific Street is a station complex shared by the , the and the . It is located at Atlantic, Fourth and Flatbush Avenues and Pacific Street in . The whole station complex is ADA-compliant. In 2004, the station was listed on the . [ [http://www.nationalregisterofhistoricplaces.com/NY/Kings/state.html Kings County Listings on the National Register of Historic Places (Structure #04001023)] ] 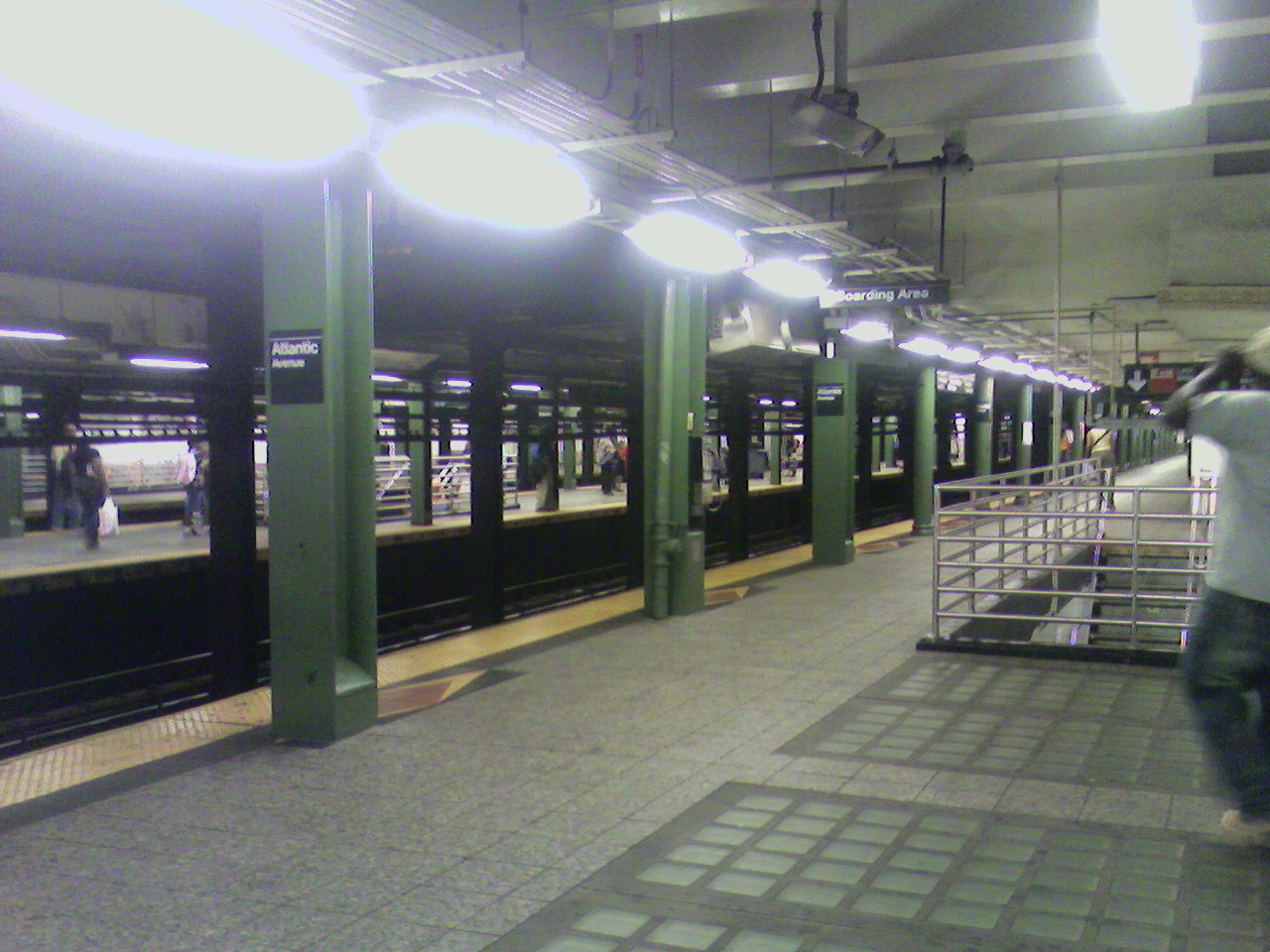 Atlantic Avenue on the IRT Eastern Parkway Line has four tracks, one island platform, and two side platforms. On the center platform there are two old indicator signs which mark the next train, used for non-rush hour short turn trains. An old style sign to the also exists. The trackway to the is still visible at the north end of the northbound local track, although much of it is behind corrugated wall; more information about this and other unused trackways is at Bergen Street. The LIRR platforms are clearly visible on the other side of floor-to-ceiling railings.

Although the station is wheelchair accessible, the Eastern Parkway Line express platform was formerly too narrow in some areas to accommodate wheelchairs. Passengers were notified of this fact by announcements on trains before reaching the station. The stairs have been trimmed in width to allow full wheelchair access.

Atlantic Avenue on the BMT Brighton Line has two tracks and an island platform. The platform has five staircases, three to the main mezzanine and two to the Hanson Place exit at the north end, which is an escalator that leads to a separate mezzanine with no transfers to the other lines. A booth at the north end has been removed. There is also one street staircase that leads to the . Two more street staircases lead to the . The lower level at the Hanson Place end of the station had a passageway, now sealed, that ran above the platform from Hanson Place. The signs "To Hanson Place" and other signs are covered up. This area is now space used by MTA employees, with the entrance at the other side. The main mezzanine also has an out-of-system passageway to the Flatbush Avenue LIRR terminal and the full time fare control at the IRT side of the station. There is a removed staircase in between the two sets of stairs. The northernmost staircase was added during renovation, while the other two staircases were narrowed in order to comply with ADA guidelines regarding minimum 36-inch width clearances. The platform extension is clearly visible the south end of the platform, while the name tablets and "A" are authentic replicas on the northbound platform wall, while the southbound wall was tiled around them. The area on the southbound wall where the platform extends out is made of replicas as well. Since there were no mosaics built, only a green wall was present prior to renovation, which indicates where the platform was extended in the 1960s to fit ten car trains.

The station was overhauled in the late 1970s. MTA fixed the station's structure and overhauled its appearance. It refurbished the wall tilings and replaced the old signs and incandescent lighting with modern fixtures. It also fixed the staircases and platform edges.Fact|date=February 2007 Pacific Street station underwent another major overhaul in 1999 to 2000. This time the station received state of the art repairs and was updated for ADA compliance. The MTA repaired the staircases, re-tiled the walls and floors, upgraded the station's lights and the public address system, installed ADA yellow safety threads along the platform edge, and installed new trackbeds for local and express trains entering the station. In late 2004, the MTA installed elevators on both sides of the platform and street level to accommodate wheelchairs and those with disabilities.