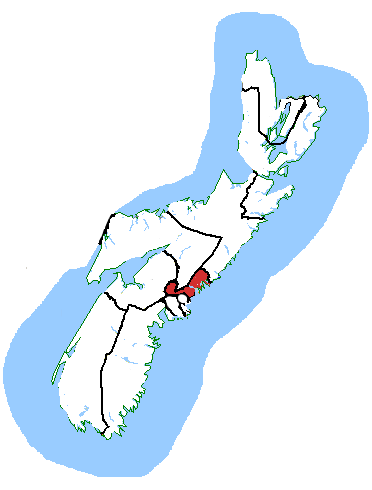 Sackville—Eastern Shore (formerly known as Sackville—Musquodoboit Valley—Eastern Shore) is a federal electoral district in , , that has been represented in the since 1997. Its population in 2001 was 83,655.

The district includes the part of the Halifax Regional Municipality located on the Atlantic coast between Lake Charlotte and Jeddore Harbour in the east to in the west excluding the community of Dartmouth and the community of Eastern Passage. It also includes HRM's northern suburbs in the Sackville River valley north to the boundary with Hants County. The area is 1,328 km².

The electoral district was created in 1996 from and Dartmouth ridings, and was known as "Sackville—Musquodoboit Valley—Eastern Shore" from 1999 to 2003. MP Peter Stoffer has tabled a to change the name of the riding to "Sackville—Preston—Eastern Shore".

Changes for the Canadian Alliance from 1997 are based on the results of its predecessor, the Reform Party.