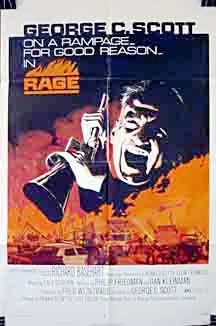 While on a camping trip, Wyoming rancher Dan Logan (George C. Scott) and his son are inadvertently exposed to a secret . Both of them end up the hospital and are lied to about their condition by a mysterious doctor (Martin Sheen) who looks at the incident as an opportunity to study the effectiveness of the nerve gas on humans. When Logan tries to hold the military accountable for their actions, he's lied to and stone-walled from every angle by the bureaucrats who want a -- with those responsible already well insulated by their positions of power.

After he discovers that his son died, Logan goes on a terrorism spree against the company responsible for manufacturing the poison before he dies.

* This film marked Scott's debut as a Director.

* The story was based on a true incident in in which an Army truck dropped a canister filled with nerve gas resulting in many sheep being killed.