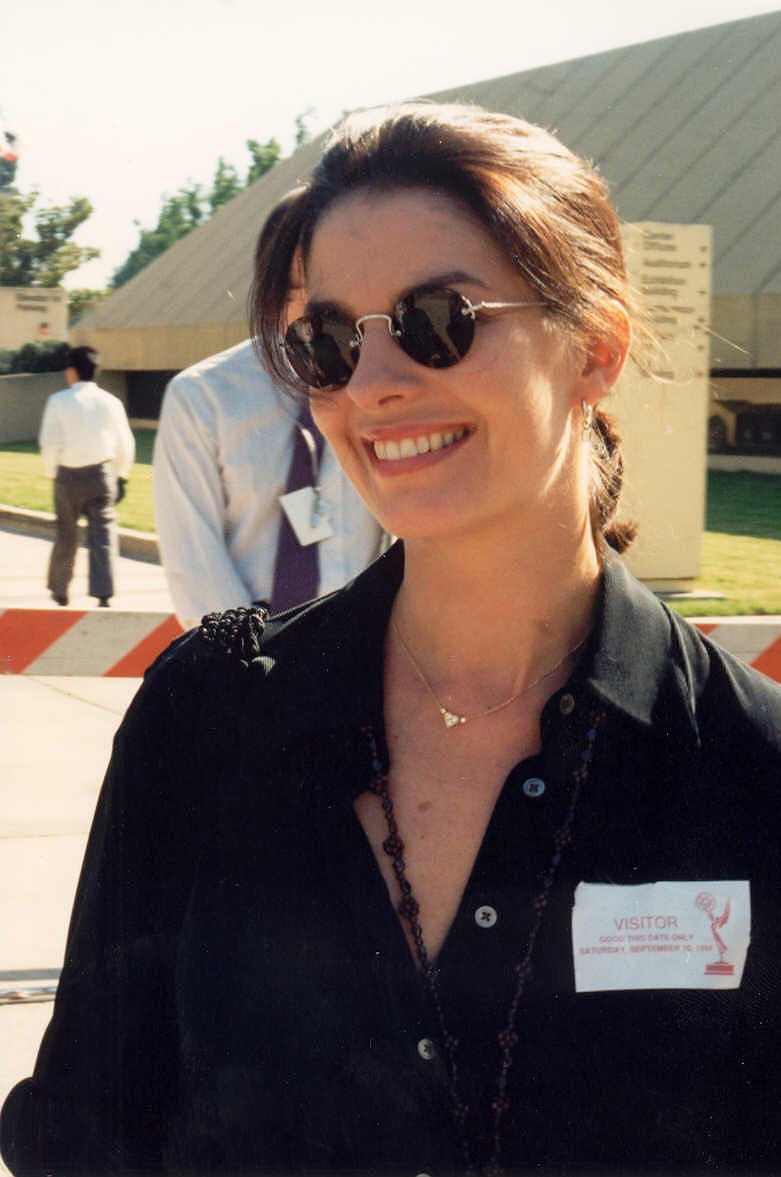 Sela Ann Ward (IPAEng|ˈsiːlə ˈwɔrd; born , ) is an American actress, perhaps best known for her - and Emmy award-winning television roles as free-spirited Teddy Reed on "Sisters" (1991-96) and single mother Lily Manning on "" (1999-2002). She is also noted for her portrayal of 's murdered wife in the Oscar-nominated film version of "The Fugitive". She also appears as House's ex-girlfriend in the TV show "House".

Ward, the eldest of four children, was born in , the daughter of Annie Kate, a housewife who died of in 2002, and Granberry Holland Ward, Sr., an electrical engineer. [ [http://www.filmreference.com/film/70/Sela-Ward.html Sela Ward Biography (1956-) ] ] She has a younger sister, Jenna, and two brothers, Brock and Granberry (Berry), Jr. She attended the in Tuscaloosa, where she performed as one of the Crimson Tide cheerleaders, was queen, joined sorority, and double-majored in art and advertising.

While working in as a artist for multimedia presentations, the 5'7" (170cm) Ward began modeling to supplement her income. She was recruited by the Wilhelmina agency and was soon featured in television commercials promoting cosmetics. Ward eventually moved to California to pursue acting and landed her first film role in the vehicle, "The Man Who Loved Women", released in 1983. Her first regular role in a television drama series (as a beautiful socialite on "Emerald Point, NAS") followed in the same year. Ward subsequently played variations on the same character in films and television guest spots throughout the 1980s, most notably opposite in 1986's "". This pattern persisted until she aggressively pursued and won the role of the bohemian alcoholic Teddy Reed on "Sisters", for which she received her first Emmy for Outstanding Lead Actress in a Drama Series in 1994.

Ward also won a for her portrayal of the late television journalist in the 1995 TV movie "Almost Golden: The Jessica Savitch Story." But capitalizing on her accolades proved difficult as they coincided with a surge in films and programming marketed primarily at teenagers. A 39-year-old Ward was passed over for a role, learning that even though then-Bond was 42, the casting director said "What we really want is Sela, but Sela ten years ago". [ [http://www.lifetimetv.com/shows/ip/portraits/0102/0102_index.html OnTV Shows | myLifetime.com ] ] In response, she developed and produced a documentary, "The Changing Face of Beauty", about American obsession with youth and its effect on women.

Ward succeeded actress as commercial spokesperson for Sprint's telephone service from 1999 until 2002, when long distance promotions fell out of favor. She also appeared on "" as supermodel/zoologist Kelly Easterbrook in the fifth season opener ("Frasier's Imaginary Friend"). When she read for the role of Lily Brooks Manning on the series "Once and Again", its creators ( and of "thirtysomething" fame) initially deemed Ward "too beautiful" for the average single mother to identify with. After landing the part, she received her second lead actress Emmy and a for her efforts.

In 2004 she played the role of a private investigator, Bobbi Bacha of Blue Moon Investigations, in the TV movie "", the story of a dentist who ran over her cheating orthodontist husband with her Mercedes. In 2005, she began a recurring role in the Fox dramatic series "House" as Stacy Warner, the hospital's former attorney, who also happens to be the ex-partner of the protagonist, Dr. Gregory House (played by British actor ).

Ward was originally offered the role of Megan Donner on "" and on "", but turned both down. The parts later went to and , respectively. Ward says she does not want another lead role in an hour-long series due to the time away from her family it would require. [ [http://www.ew.com/ew/report/0,6115,703773_3%7C15587%7C%7C0_0_,00.html Why Sela Ward won't return to television | Sela Ward | Television | TV | Entertainment Weekly ] ] She developed and produced a pilot for a half-hour (in which she would also star) for ' 2006 season but it was not selected by the network for its roster.

Ward dated football standout and future Miami Dolphin while at the University of Alabama. She presently provides narration for the university's nationally-televised commercials. Since 1992, she has been married to Howard Sherman; they have two children, Austin (b. 1994) and Anabella (b. 1998).

After meeting two foster children during a holiday trip home to Mississippi in 1997, [ [http://www.guidepostsmag.com/weekly_feature.asp?date=12/6/2006 Guideposts Magazine - True Stories of Hope and Inspiration - Weekly Feature ] ] Ward decided to meet a broader need for abused and neglected children by initiating and partially funding the creation of an emergency shelter for those awaiting placement in foster homes. Housed on a 30-acre property once used as a Masonic , Hope Village for Children opened in Ward's hometown of Meridian in January 2002 and is intended to serve as a pilot for a nationwide network of similar shelters. Hope Village currently has a capacity for 44 residents and serves an average of 200 children per year. [ [http://www.sitewrench.com/hopevillagemsorg/default.aspx?pid=114 Hope Village for Children - History ] ]

In 2002, Ward published her much anticipated autobiography, "Homesick: A Memoir", through ' imprint.