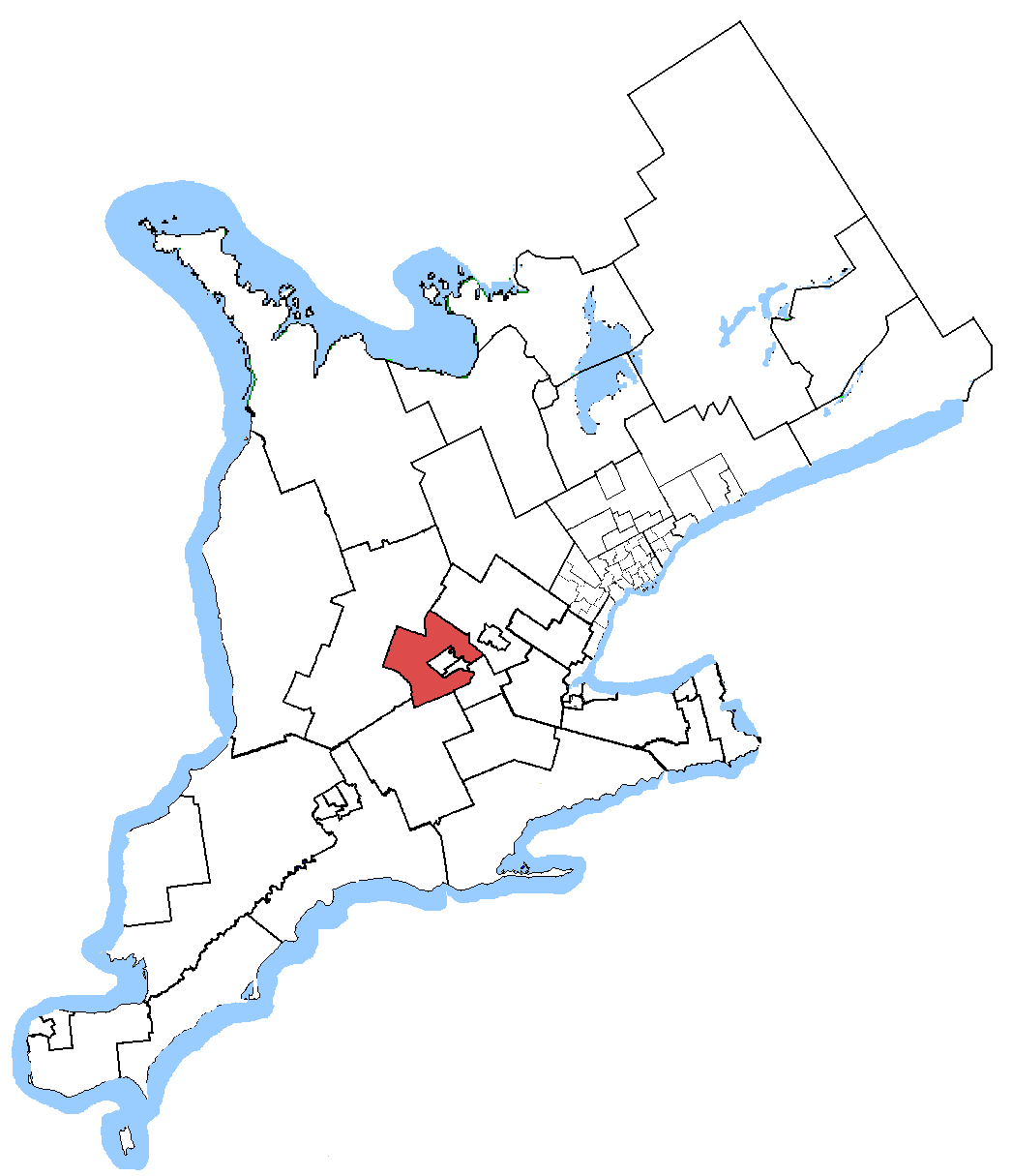 Kitchener—Conestoga (formerly known as Kitchener—Wilmot—Wellesley—Woolwich) is a federal and provincial electoral district in , , that has been represented in the since 2004. It first elected a member to the in the 2007 provincial election. Its population in 2006 was 114,405.

The electoral district was created in from , part of , and part of Cambridge. It was known as "Kitchener—Wilmot—Wellesley—Woolwich" from 2004 to 2005.

This riding has elected the following members of the :

* [http://www.parl.gc.ca/information/about/process/house/hfer/hfer.asp?Language=E&Search=Det&Include=Y&rid=1329 Riding history from the]