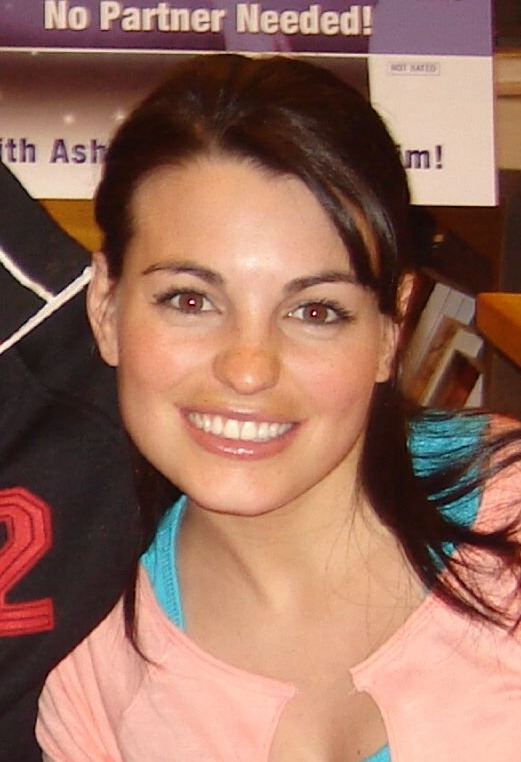 DelGrosso is one of eight children and she has five sisters who are also dancers. She performed with those sisters, Averie, Afton, Autumn, Amber, and Abrea, as a troupe in a third season results show the week after DelGrosso and partner were eliminated.

She partnered professionally with Rick Robinson- her coach from the age of eleven- on the professional Latin circuit before retiring shortly before "". [ [http://abc.go.com/primetime/dancing/bios/2/ashly_delgrosso.html Dancing With The Stars - Home - ABC.com ] ] [ [http://newsnet.byu.edu/story.cfm/55951 Utah woman is 'Dancing with the Stars' By Ryan Di Lello Daily Universe Staff Reporter - 29 Jun 2005] ]

A bio on ABC's website during Season 1 of "Dancing with the Stars" stated that DelGrosso's height is 5'3".

She is part of a DVD titled "" along with and .

On , DelGrosso announced that she and her husband were expecting their first child. As a result, she wouldn't be able to perform on the fourth season of "Dancing with the Stars". [http://www.ashlydelgrosso.com/page/page/3860845.htm] On , , DelGrosso gave birth to son Ammon Michael. He was born at 7:01 am at in . [ [http://www.ashlydelgrosso.com/page/page/4813667.htm My New Baby Boy!] ]

Ashly comes from the same Dance Studio as , and .

Track record on "Dancing with the Stars"

*In Season 1, DelGrosso partnered musician and singer to come in third.

*DelGrosso and celebrity partner were eliminated on third week of Season 3 of "Dancing with the Stars", coming in ninth.

*She was on the 100th episode of Dancing With the Stars

"The Suite Life of Zack and Cody"

*In 2006, "" did a special dancing episode where she guest starred as Lori. In it, the Tipton is having a ballroom dancing competition. The winner gets $1,000. Esteban is in this to win the money to pay for his sister's . If he does not win, his sister won't be a woman until she is 20. So Esteban gets Zack, Cody, Carey, Moseby, London, Lance, Jessica, Janice, a black woman, and an old man, who needs exercise who is brought in by Nurse Shannon (). Lori (Esteban's partner) quits on Esteban because she thinks the team is bad and goes with Alexander the Great (). Esteban needs a dance partner and chooses Carey. On the day of the dance competition, Carey gets sick and can't dance. Janice and Jessica quit on Cody and Zack because Zack was being mean to them. So Zack and Cody become a pair. Now Esteban needs a partner. Nurse Shannon volunteers to dance, saying that she has been watching Esteban and Carey dancing and thinks she knows the steps. But before they dance, London stops them and tells Shannon she shouldn't be wearing her nurse outfit. London shreds pieces of Shannon's nurse outfit and it becomes a white, sparkly belly dancing dress. Then Shannon and Esteban dance, and in the end they win the $1,000. does not appear as Maddie in this.