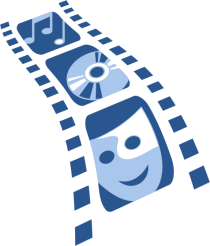 St. Neots Community College is a specialist college which serves students between the ages of 11 and 18. The name of this school was originally 'Ernulf Community College', but in September 2004 the school changed its name when it gained status. The school became Cambridgeshire's first 11 - 18 Specialist Performing Arts College. The college is one of two schools within , being the other.

St Neots Community College was the first 11-18 Specialist Arts College in Cambridgeshire. On September 1st 2004 the college relaunched with its new name. The specialist subjects are Drama, Media and Music. Together with Art these subjects form the Performing Arts Team. Examination results in these areas are excellent.

However, the exam results for these are marred by the fact that only about 50% of students get 5 A*-C grades at GCSE each year, compared to 70% in most other local schools. This can be accounted for by the fact that the school takes in more disabled students (who may have learning difficulties, and either way often seem to get lower grades) than average. Unfortunately, the school tends to not get very good OFSTED reports - it last got 'satisfactory' overall, with a few 'good' ratings in the Sixth Form only, and 'poor' behaviour. The school has strong links with its local area special school Samuel Pepys enabling pupils to integrate with their mainstream peers during their post 16 education. Mr E Forrester became Principal of the school in September 2007.