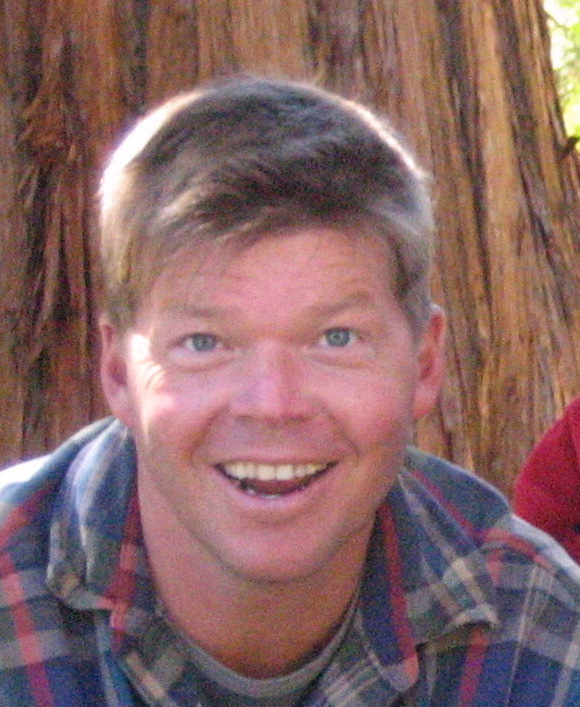 Rob Liefeld, (born ) is an American writer, illustrator, and publisher. A prominent artist in the 1990s, he has since become a controversial figure in the medium.

In the early 1990s, self-taught artist Liefeld became prominent due to his work on Marvel Comics' "The New Mutants" and later "". In 1992, he and several other popular Marvel illustrators left the company to found , which rode the wave of comic books owned by their creators rather than by publishers. The first book published by Image Comics was Rob Liefeld's " Youngblood" #1.

He is married to actress .

Liefeld was born in .

In 1986, he was a last-minute replacement penciller for the first issue of "Stetch", published by .

In 1988, at the age of 20, he completed his first significant published work, as for ' "" by Barbara and , who also provided inks. Liefeld's layouts were oriented sideways in story pages taking place in a chaos dimension, so that a reader would have to turn the comic book at a right angle to read them. Because this was done without editorial input, editor cut and pasted the panels into the proper order, and Kesel ed them onto DC comics paper to ink them. The letters column of "Hawk and Dove" #5 mentions that Liefeld "showed something new to an editor who thought he’d seen everything." In his defense, Liefeld offered that that was how the dimension had been drawn the only other time it had been featured in the comic, although claims this is untrue.

Liefeld moved to Marvel, where in 1989 he became the penciller for "The New Mutants", starting with issue #86. He is generally credited for turning this lowest-selling title of the X-franchise into a financial success.

Liefeld's relationship with Marvel began to break down in 1991 when he announced plans in a black-and-white advertisement in CBGissue to publish an original title, dubbed "The Executioners", with competitor . Faced with the threat of trademark litigation from Marvel, Liefeld scrapped the title and later on re-introduced the characters in the Image title "The Berserkers" in 1995.Fact|date=September 2008

Liefeld and several other popular young artists including , , , , and left Marvel in 1992 to form in a migration dubbed by fans as "the X-Odus" since many of these artists had worked on X-Men related titles for Marvel.Fact|date=September 2008 Each co-founder formed his own studio under the Image banner, such as Liefeld's . Liefeld's superhero team series " Youngblood", which is loosely based on a 1991 "Team Titans" series Liefeld had proposed to , was the first comic Image published. [cite web|url= http://www.newsarama.com/DC/liefeld/LiefeldTitans2.htm|title= Liefeld Talks Titans|accessdate= |accessmonthday= July 14|accessyear= 2006|author= |last= |first= |authorlink= |coauthors= |date=April 28, 2005|year= |month= |format= |work= |publisher= Comics Newsarama|pages= |language= English|archiveurl= |archivedate=] Extreme Studios comics contained elements that became Image s: huge muscles, , and guns. However, Youngblood immediately began to suffer from delayed publication dates and major changes in direction. Critical approval of these characters was scarce, and while Liefeld's wholesale sales to comic books dealers were strong, sales to consumers, especially of secondary titles from Extreme and Maximum Press, were not as spectacular.

In 1996, Liefeld's and Lee's studios signed with Marvel to re-envision several of the company's core series, an event called "." Liefeld was contracted to write 12 issues of "The Avengers", co-written with , and was to pencil 12 issues of "." However, he failed to meet the publishing scheduleFact|date=February 2007 and his overall output met with a less-than enthusiastic response,

In 1996, temporarily left Image with his "" imprint, allegedly because of disputes with the other partners over Liefeld's status in the company. Among the many accusations against Liefeld, which came to light in subsequently filed legal complaints, was the charge that Liefeld routinely used his check-writing powers to cover personal debts from Image funds.Fact|date=September 2008 Other dissatisfactions with Liefeld ranged from his alleged habit of copying art from other partners' comics to his plans to move titles that had been established at Image to the non-Image Maximum Press.Fact|date=September 2008 Image Comics Executive Director is quoted as saying "He [Rob] was making an increasing number of business decisions that were counterproductive to being a business partner". Fact|date=September 2008

In addition to allegedly siphoning funds, he was said to have used Image staff to do promotional and production work for Maximum. In early September, Liefeld issued a press release stating he was resigning his position at Image and leaving the group. Nearly simultaneously, the Image partners issued a press release stating that they had fired Liefeld. The other partners had already voted once to remove Liefeld from the group, a move he protested on the grounds that he was given too short a notice period. His resignation came only minutes before the second meeting that would have forced him out.

The comics press variously reported several underlying issues: the effect of Liefeld's erratically published and critically derided lines on the company's reputation, his supposed misuse of his position as Image to unfairly benefit his own publishing efforts (including Maximum Press, which was not a part of Image) and attempts to recruit artists employed by his Image partners, a violation of their informal agreements. As further financial reversals followed, Liefeld moved all of his publishing ventures into a new company, . This new enterprise, announced in April 1997 as a partnership between Liefeld and Malibu Comics founder , concentrated its efforts on newer properties.

At Awesome, Liefeld and Loeb attempted to resurrect their unused "Captain America" plots for a new character, . This character was nearly identical in appearance and background to Captain America. Under legal pressure from Marvel, Liefeld scrapped "Agent America" and acquired the rights to and Joe Simon's , updating the design. Rob was allowed to publish the book, but legally this new character could not throw his shield, one of Captain America's trademarks.

Meanwhile, Liefeld hired acclaimed comic book writer to revive many of his creations, which had declined in popularity. Moore wrote a few issues of "Youngblood" and "Glory," but his most lauded work for Liefeld was on "Supreme", which played on the character's more generic traits in a clear tribute to the -era .

Awesome's initial releases, including entirely new properties like "Kaboom!" created by , were generally received more favorably by critics than the Extreme and Maximum lines had been. However, Awesome soon collapsed under the burdens of disputes among its partners, and an abrupt departure of its primary investor.

In the 2000s, Liefeld returned to his former characters in the X-Men franchise, providing pencils for the occasional cover and/or interior of "Cable" and "X-Force". These books had continued to be somewhat popular properties until the early 2000s, when both were cancelled.

In 2004, he reunited with Fabian Nicieza for an "X-Force" and illustrated the early covers for Nicieza's "Cable and Deadpool". In that same year, Liefeld formed and once again announced plans to revive "Youngblood".

Liefeld's new website was launched in May 2005. In August 2005, his first assignment for DC in many years began, a two-issue arc on "Teen Titans" with writer . Orders for his first issue increased more than 10% over the July issue, moving the book into the Diamond top 20. The second issue of the arc dropped in orders to a point almost 5% below what issues of the series before Liefeld's were solicited.

Liefeld returned to the Heroes Reborn Universe with writer Jeph Loeb with the [http://www.newsarama.com/marvelnew/Onslaught/OnslaugthReborn.htm Onslaught Reborn] project and released as a 5 part monthly title starting in November of 2006.

In July 2007, it was announced that Rob Liefeld and Youngblood would be returning to Image Comics after years of self-publication. This new partnership marks the first time in a decade that Liefeld and Image would collaborate on a project. The new Youngblood series is written by Joe Casey with art by Derec Donovan and Val Staples, with covers by Liefeld, and is scheduled for a Q1 2008 release.

To commemorate the event, and the 15th anniversary of Image Comics, the 2007 was headlined by the Image Founders panel, where all seven of the original Image Comics founders appeared on stage simultaneously for the first time in history.

Since the heyday of , Liefeld's name has become somewhat of a lightning rod in the industry. In an interview, described the polarization of opinion on Liefeld: "There is a great dichotomy...There's either some great and generous story about [Liefeld] or you will hear some unbelievable thing like, 'How is he not in jail if he did that?' There is no middle ground."

In interviews, Liefeld has compared himself to other popular artists who experience meteoric success and acclaim early in their careers but near-pariah status afterwards, notably , who "became vapid pop music, and perhaps I was nothing more than a vapid comic book artist." He seems to credit his success tapping into the : "I'll be the first to tell you that we [the Image collective] were never the best artists. We were never the best at anything, but just like a song or a band or whatever, we caught on and we toured rigorously."

He is, however, not without supporters in the industry. Writer , with whom Liefeld collaborated, and writer are reported to be admirers of his work.

He has been criticized for drawing figures with exaggeratedly muscular anatomy and an improbable profusion of weapons, accessories and pouches. On the one hand, these trademarks were seen as the impetus for his initial success, when such affectations were unusual in comics. He turned comic book characters into "very cool toys". But the approach later became considered a cliché and led to a widespread hostility towards the style. Liefeld for the most part agrees with this estimation of his early work, saying, "In the mid-90's we Mortal Kombat'ed everything. I'm as guilty as anyone."

Liefeld has become known for producing late books, primarily for his own productions; somewhat less so when doing work for hire. Some issues of his series "Youngblood" shipped as much as nine months late. Liefeld has attributed this to the greater incentive a freelancer feels when doing assignments for a company, as opposed to working on one's own self-owned work.

Accusations of plagiarism and disputes of credit

At the beginning of Liefeld's run on the "" series, a new leader was created for the team: the heavily-muscled, heavily-armed Cable, who became a popular , although there is some dispute over Cable's origin, with Liefeld, and all claiming credit for some or all of the character concept.

In addition to this, Liefeld is also alleged to have made a habit of copying art from other artists, (a practice known in the comics field as swiping), particularly during his years at Image. [ [http://julien-gautier.club.fr/rob_copie.jpg] ]

It was alleged that Liefeld was too preoccupied by dreams of Hollywood, spending time in meetings with and , to effectively publish comic books or participate in the business side of the Image venture (a criticism that Liefeld admits is at least partly true).

Liefeld remained on lukewarm or hostile terms with most of his former Image partners. After the San Diego Comicon panel in 2007, Liefeld was interviewed by "Wizard" Magazine about his feud with the Image partners. He claimed the feud was in the past, saying: "The divorce was ugly, but to me it didn't linger ... I realized you just need to let it go." [Morse, Ben. (2007). "In Step With: Rob Liefeld" [http://www.wizarduniverse.com Wizard Magazine] . November, 2007; page 108. Gareb Shamus Enterprises]