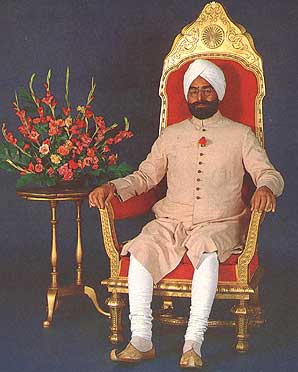 Sardar Zail Singh, a by religion, was given the title of "Giani", as he was educated and learned about however he did not have formal education. He had a humble start in life and his father was a who was killed in an automobile accident.

Zail Singh's public life was long and varied - , state Congress leader, , ,and the president of . A fighter against princedom, and foreign domination in the pre-independence days, he is also remembered for his crusade against communalism, economic disparities and social injustice in the republic. He also served as . He was the President of India when the took place in New Delhi.

Giani Zail Singh was elected to the highest office of the President of India on July 15, 1982 and took the oath of office on July 25, 1982. He was criticised for his subservient attitude to the then Prime Minister As the president he said that he was willing to sweep the floors of Mrs Gandhi's house.He is venerated for his integrity,poltical morality and wits.He is one of the few politions of India who never laundered money for his family.He was always thankful to the people who had been helpful to him and people still remember him as a man who returned milk for the water offered to him during his days of struggle.Politically his detractors and opponents also praise his human qualities. He was President, when Indira Gandhi launched . became Prime Minister after the assassination of his mother by two of her Sikh bodyguards. Even though Zail Singh had strained relations with Rajiv Gandhi, he declined to embarrass his government by seeking re-election as President of India with the support of non-Congress parties. Giani Zail Singh died in a road accident on December 25, 1994, near Kiratpur Sahib in district. Following his accidental death, Zail Singh was cremated at EKTA STHAL in the vicinity of the Raj Ghat.