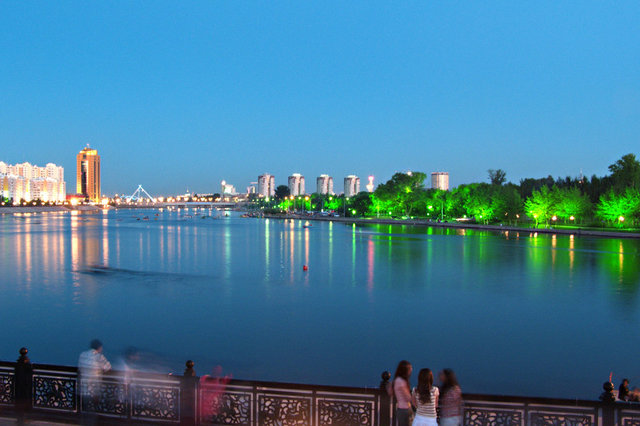 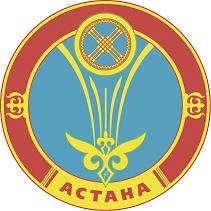 The current mayor of Astana is , formerly mayor of . He was appointed mayor on 4 April 2008.

In June 2008, a parliamentary proposal was put forward to change the city's name to "Nursultan", in honor of the current president. The idea was rejected by the president himself, who said the decision of renaming the city will be for future generations. [ [http://afp.google.com/article/ALeqM5jkEXEoJUlSl8KW96q0AVz2FeBHGg Don't name capital after me yet, says Kazakh president] AFP] Instead the birthday of president Nazarbayev, July 6, became the official holiday of the capital Astana. [http://www.eurasianet.org/departments/insight/articles/eav070708.shtml]

A unit of n s from founded a huge fortress on the upper Ishim in 1824, which later became the town of "Akmolinsk". During the early 20th Century, the town became a major railway junction, causing a major economic boom that lasted until the .

The once spread over the Kazakhstan steppe like a thick wreath. Eleven camps housed hundreds of thousands of prisoners and their families. Outside Astana, there once stood the ALZHIR camp, a Russian acronym for the Akmolinskii Camp for Wives of Traitors of the Motherland, one of the most notorious in the archipelago, which was reserved for the wives of men considered "enemies of the people" by . [ [http://www.kazakhembus.com/Pope_pays_Tribute.html Pope Pays Tribute to Victims of Soviet Atrocities] ]

In 1961, it was renamed "Tselinograd" and made capital of the Soviet Virgin Lands Territory (Tselinny Krai). The city was at the centre of the led by in the 1950s, in order to turn the state into a second grain producer for the . The high portion of Russian immigrants in this area, which later led to ethnic tension, can be traced to the influx of agricultural workers at this time. Additionally, many Russian-Germans were resettled here after being deported under at the beginning of World War II, when Nazi Germany invaded the Soviet Union.

After Kazakhstan gained its independence in 1991, the city and the region were renamed "Aqmola". The name was often translated as "White Tombstone," but actually means "Holy Place" or 'Holy Shrine'. The "White Tombstone" literal translation was too appropriate for many visitors to escape notice in almost all guide books and travel accounts.

In 1994, the city was designated as the future capital of the newly-independent country, and again renamed to the present "Astana" after the capital was officially moved from in 1997. Despite the isolated location of the new capital in the centre of the Kazakh and the forbidding climate in winter, Kazakhstan simply needed a more central location than its former location of , which lies on the far southeastern border with .Fact|date=March 2008 Some speculate that it was a move to impose more control over the n-dominated north of the country. [ [http://www.rferl.org/content/Russia_Seeks_Support_For_Tough_Line/1194468.html RFERL - Russia Seeks Support For Tough Line] ] Who|date=March 2008 Other reasons include the belief that the new city project is a strategic move to position the capital further from the borders with , , and ,Fact|date=March 2008 or that Almaty was limited in its development by mountains,Fact|date=March 2008 or that President created a "", either to present an image of a modern, clean Kazakhstan to entice foreign investment.Fact|date=March 2008 Internal political concerns may have played a part:Fact|date=March 2008 Nazarbayev, like most of the Kazakh political establishment, belongs to the (Kazakh, ulı ) in whose territory Almaty lies. The move to the traditional territory of the Middle Horde may have been a gesture to the Middle and Little Hordes' political sensibilities.Fact|date=March 2008

To some Kazakhs, the move remains controversial. Critics resent the massive expenditure of public funds to build the new government complexes, as well as the continuing cost of airfare and hotel expenses for the many government workers who still live in Almaty.Who|date=March 2008 The lucrative development contracts handed out to companies owned by President Nazarbayev's family members also remain highly suspect.Who|date=March 2008

By 2007, Astana’s population has more than doubled since the move, to over 600,000, and it is estimated to top 1 million by 2030. Migrant workers – legal and illegal – have been attracted from across Kazakhstan and neighboring states such as Uzbekistan and Kyrgyzstan, and Astana is a magnet for young professionals seeking to build a career. This has changed the city’s demographics, bringing more ethnic Kazakhs to a city that formerly had a Slav majority. Astana’s ethnic Kazakh population has risen to some 60%, up from 17% in 1989. [ [http://www.eurasianet.org/departments/insight/articles/eav070907.shtml Kazakhstan’s Capital Holds A Lavish Anniversary Celebration] ]

Many argue that a drive to attract ethnic Kazakhs northward was the key factor in shifting the capital, which was officially put down to lack of space for expansion in the former capital, Almaty, and its location in an earthquake zone. [ [http://www.eurasianet.org/departments/insight/articles/eav070907.shtml Kazakhstan’s Capital Holds A Lavish Anniversary Celebration] ]

The city is located in central Kazakhstan on the in a very flat, semi-desert steppe region which covers most of the country's territory. The elevation of Astana is at 347 meters above sea level. Astana is in a spacious steppe landscape, in the transient area between the north of Kazakhstan and the extremely thinly settled national center, because of the river Ishim. The older boroughs lie north of the river, whilst the new boroughs are located south of the Ishim.

Climatically Astana is the second coldest capital in the world (behind Ulaanbaatar, Mongolia), with temperatures of -35 to -40 °C common in the late autumn. The new city is also known to regularly freeze for around six months every year. Overall however, Astana has a continental climate, with exceptionally cold winters and moderately hot summers, arid and semiarid.

and government are the main economic activity in the capital, which also forms a . Since the move, Astana has seen one of the world's greatest building projects, as oil money has been spent on government buildings, a massive home for the president, a mosque, and numerous parks and monuments. The project is designed to not just make the town the centre of Kazakhstan, but of all .

Astana can be divided largely into a few different areas. North of the railway line, which crosses Astana in an east-west direction, are industrial and poorer residential areas. Between the railway line and the river Ishim is the city center, where at present intense building activity is occurring. To the west and east are more elevated residential areas with parks and the new area of government administration to the south of the Ishim. Here many large building projects are underway; for example, the construction of a diplomat quarter, and a variety of different government buildings. By 2030, these quarters are to be completed. The original plans for the new Astana were drawn up by the late ese architect . Astana's current chief planner, , wants to build a in a style. He has stated that a purely administrative capital such as is not one of his goals.

The architectural quality of the new buildings is, by the standards of almost all critics, quite high.

In December 2006, Kazakh President unveiled plans to build , a "giant, transparent tent", over an area of the city. The tent will be 150 metres high, and was designed by British architect Norman Foster. [ [http://www.fosterandpartners.com/Projects/1438/Default.aspx Foster + Partners ] ] It is expected to take around a year to build.

Today there are many construction works under way, such as embassy buildings, representative riversides along the Ishim River, and some infrastructure for transportation and communication. In the centre of town, the Avenue of the Republic acts as the main hub of activity. It is bordered by many stores, coffee houses, restaurants, discotheques and even some casinos. Worth a visit are the:

Astana is home to , a football (soccer) team in the , which won the national championship in 2000, 2001 and 2006. The city is also home to the team who successfully took the 2004/2005 season title, as well as of the . In addition, is a professional that competes on the . They participated in the 2007 Tour de France wearing blue national uniforms, but were excluded during the race after the conviction of for illegal doping practises, and have since been banned from the 2008 race. [ [http://sports.espn.go.com/espn/wire?section=cycling&id=3243633 Tour de France organizers exclude Astana team; Alberto Contador may not defend title] ]

was, like the plan for the whole new city, designed by the late ese architect .The is a planned underground construction in Astana.

Astana Train Station is an important hub for northern Kazakhstan, served by trains to most major cities in Kazakhstan, including expresses to . International trains leave for Russia, Ukraine, Kyrgyzstan, and Uzbeklistan, most of them with a once a week frequency. Since the summer of 2008, the schedule systems show also a direct weekly train to (in China's ) as well. [ [http://www.poezda.net/en/train_timetable?st_code=3300020&order=&forDate=09-10-2008&tr_code=767093%3A%C0+ Train No. 053 Astana - Urumchi] ]