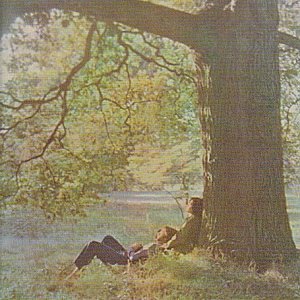 This song was very controversial upon its release, dealing with religious themes.

The first movement of the song discusses Lennon's disdain for popular religious belief. He believed that God was something different to everyone, and that most people did not focus enough on the moral lessons of religion.Fact|date=August 2007 He describes God as "a concept by which we measure our pain".

In the second section of the song, Lennon lists many idols that he does not believe in (including ), ending by stating that he just believes in himself and . The idols he lists are:
magic, , the , , Hitler, , Kennedy, Buddha, , Gita, , kings, Elvis, Zimmerman (Bob Dylan) and .

The final section of the song describes Lennon's change since the breakup of The Beatles. He states that he is no longer the "Dreamweaver" or "The Walrus," but just "John." The final line of the song, "The dream is over," represents Lennon's stance that the myth "the Beatles were God" had come to an end. "If there is a God," Lennon explained, "we're all it."

The musicians who performed on the original recording were as follows:

* The line "I don't believe in Beatles, I just believe in me" was referenced in the 1986 film "".
* The song has been performed by Queen guitarist . [ [http://www.pemcom.demon.co.uk/queen/covers/god.html God (the dream is over) ] ]
* Irish rock band wrote a song entitled "", referring to the original Lennon song. The lyrics, written by lead singer , continue the pattern of stating things he doesn't believe in.
* "God" (and the album "Plastic Ono Band" generally) was mocked in the song "Magical Misery Tour". This parody reportedly consists entirely of actual quotes from Lennon's famous "" magazine interview following the breakup of The Beatles. It ends with "Lennon" crying out, "Mother! They're trying to crucify me!", followed by a heavily-echoed fadeout of repeated primal screams "Fuck! Fuck!". ["Magical Misery Tour" appears on the compilation CD "Greatest Hits of the National Lampoon", and can be heard in its entirety at this site: http://blogfiles.wfmu.org/KF/0512/Magical_Misery_Tour.mp3]
* "God" was covered by and , released on "" (2007).