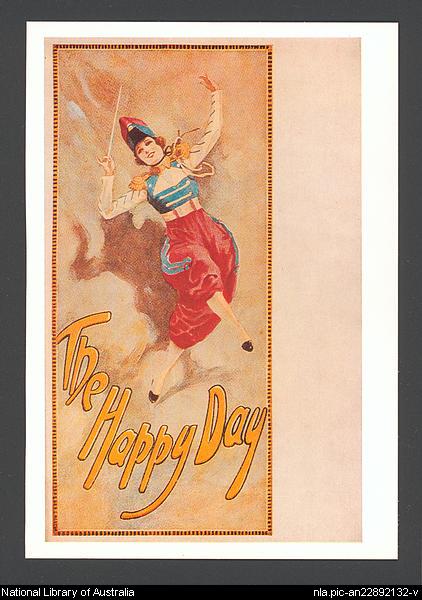 The Happy Day is an English musical comedy in two acts by , with music by and Paul Rubens, and lyrics by and Rubens. It was produced by 's company (by the estate's executor, ) and was directed by Evett. The musical opened at in London on and ran for 241 performances. It starred , and later joined the cast.

"The Happy Day" opened during in the same year as three other tremendously successful shows in London: "", "" and "". Audiences, including servicemen on leave, wanted light and uplifting entertainment during the war, and these shows delivered it. The show was Jones' last success.

Two of the popular songs from "The Happy Day" were "Bohemia" and "I don't seem to want you when you're with Me".